Students detained during protest over Savarkar's bust in Delhi University 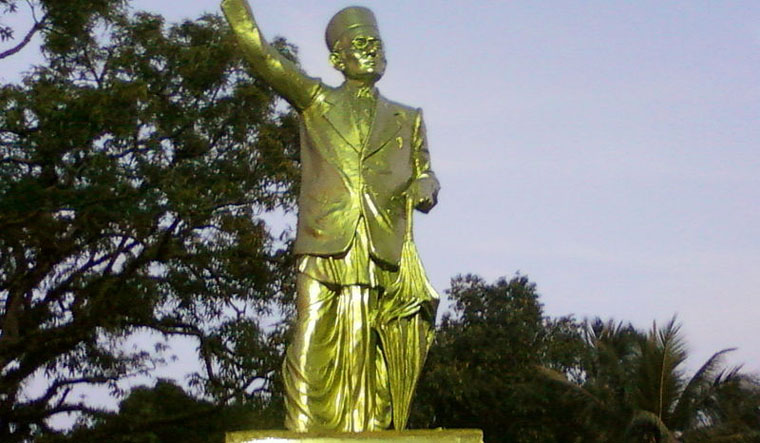 Some students taking part in a protest against the installation of a bust of V D Savarkar in the Delhi University were detained on Friday to avoid a clash with another group present at the spot, police said.

The students, however, claimed that a "peaceful signature campaign" had been organised by different students' bodies.

Savarkar's bust, along with those of Bhagat Singh and Subhash Chandra Bose, was installed by the RSS-affiliated Akhil Bharatiya Vidyarthi Parishad (ABVP)-led Delhi University Students' Union (DUSU) on Tuesday without taking permission from the varsity authorities.

Police said some protesters were detained from outside the Arts Faculty, where the busts have been installed, to prevent a clash with another group of students which was present there.

The students were taken to Maurice Nagar police station and later released, they said, adding that the protesters were aggressive.

Refuting the claims, the students said their "peaceful signature campaign" was interrupted by police personnel who tore their pamphlets.

Three days after the busts were installed, the varsity authorities maintained that they were waiting for the busts to be shifted from outside the Arts Faculty.

DU administration officials said the ABVP office-bearers have assured them that the busts will be moved to another location.

Sources in the ABVP said they will be shifted in a day or two.

Earlier, the ABVP had said it wants its DUSU office-bearers to install the busts with due permission from the authorities.