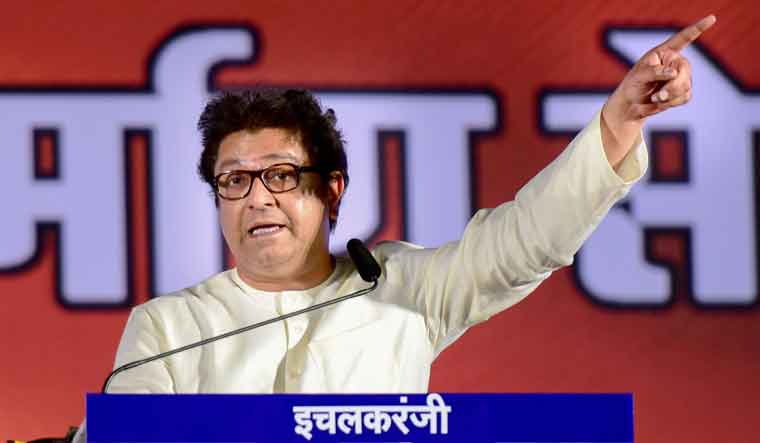 The Mumbai Police on Thursday imposed Section 144 of CrPC (banning unlawful assembly) outside the Enforcement Directorate (ED) office in south Mumbai, where MNS chief Raj Thackeray will be present in connection with a money laundering probe.

The move was taken apprehending law and order problem, a police official said. "Raj has appealed to his party workers not to throng outside the ED office but we don't want to take any chances," the official said.

Thackeray will appear at the ED office in Ballard Pier around 10.30am for questioning in connection with the IL&FS probe, the official said.

Meanwhile, MNS leader Sandeep Deshpande, wearing a T-shirt with "EDiot Hitler" emblazoned on it, was taken into custody by police on Thursday morning.

“We have imposed Section 144 of Criminal Procedure Code under the jurisdiction of Mata Ramabai Ambedkar Marg Police Station, where the ED office is located," the official said.

Section 144 prohibits assembly of more than four persons in an area where there is likelihood of breach of peace and disturbance of public tranquillity.

Though Thackeray has appealed the party workers not to protest over the issue, there are possibilities of gathering of supporters outside the ED office, the official said.

“Considering the crowd expected to be present outside the ED office before the MNS chief reaches there, heavy police force has been deployed outside the agency office,” he said.

"The area outside the ED office has been covered with barricades from three sides of the building and there is just one way to enter or exit," the official said.

Police personnel have been deployed in Dadar area in central Mumbai and other places where MNS has a stronghold to maintain law and order, the official said.

Mumbai Police on Wednesday served notices to MNS functionaries and several party workers under Section 149 of CrPC as a precautionary measure, he said. Section 149 pertains to prevention of cognisable offences.

The ED is probing alleged irregularities relating to loans and equity investment worth over Rs 450 crore by IL&FS in Kohinoor CTNL Infrastructure Company, which is developing Kohinoor Square tower in Mumbai's Dadar area.