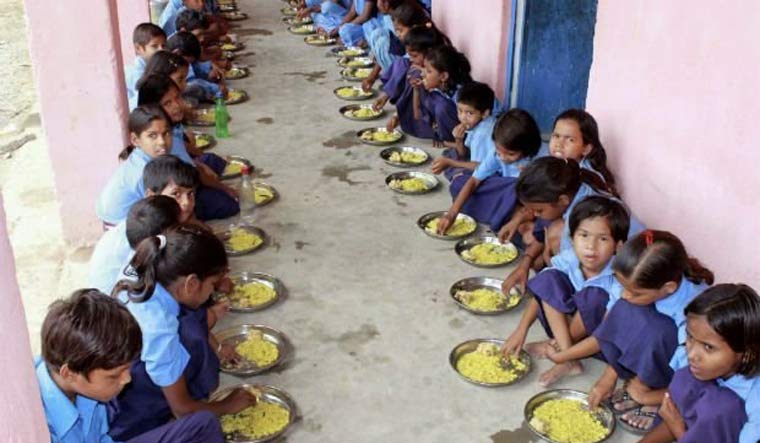 The issue of serving eggs to students as part of mid-day meal in government schools in Chhattisgarh has triggered a storm and even assumed a political colour with the BJP and the Congress crossing swords over the issue.

The issue also caused furore in the state assembly on Monday with members of the ruling and the opposition parties indulging in verbal duel.

The followers of Kabir Panth and Jain community in the state have strongly opposed the decision of the state government to serve egg twice a week to children, who do not have objection to eat them, in their mid-day meal and also as part of supplementary nutrition programme in anganwadis.

According to nutritionists and Right to Food campaigners, eggs are considered the safest and established source of reducing malnutrition and deficiency of micro-nutrient and protein.

According to National Family Health Survey (NFHS)-4, Chhattisgarh has 37.7 per cent underweight and 37.6 per cent stunted children, indicating high prevalence of malnutrition in the state. The percentage is higher among tribal kids.

The members of Kabir Panth and Jain community, however, argued that inclusion of eggs in mid-day meal hurts their faith and also termed it as a conspiracy to promote non-vegetarianism. After their meeting with a four-member committee of ministers remained unfruitful, the communities have warned of agitation if the decision is not withdrawn.

The opposition BJP has jumped the bandwagon with ex-chief minister Raman Singh, leader of opposition Dharmalal Kaushik, ex-minister Brijmohan Agrawal and others saying that the government is hurting sentiments of a large section of people in the state. Demanding that the government withdraw its decision, they said the vegetarian options of nutrition should be explored for serving to the children.

Congress MLAs have, however, thrown their weight behind Chief Minister Bhupesh Baghel on the issue and urged him to increase the frequency of egg distribution to thrice a week. Pradesh Congress Committee chief Mohan Markam, also an MLA, said that it is an optional thing and children who eat it cannot be deprived of it. He also said that vegetarianism could not be imposed on people.

Meanwhile, 37 non-government organisations that are associates of the Chhattisgarh Right to Food campaign demanded continuation of the decision to provide eggs to children in mid-day meal, enumerating the various benefits of eggs.

Right to Food activist Sachin Jain termed the opposition to the decision as a ‘cruel and negative restrictive stand that will hurt the future of a lot of children’. He said some communities cannot restrict the food options for other communities when those communities are nutritionally deprived.

“Those opposing eggs are not giving any positive options, but just opposing it for the sake of opposition. Eggs have been proven to be best nutrition and protein source that is safe, too. Already 13 states in the country are serving eggs in mid-day meal or anganwadis. Why should sentiments of some people affect all?,” Jain asks.