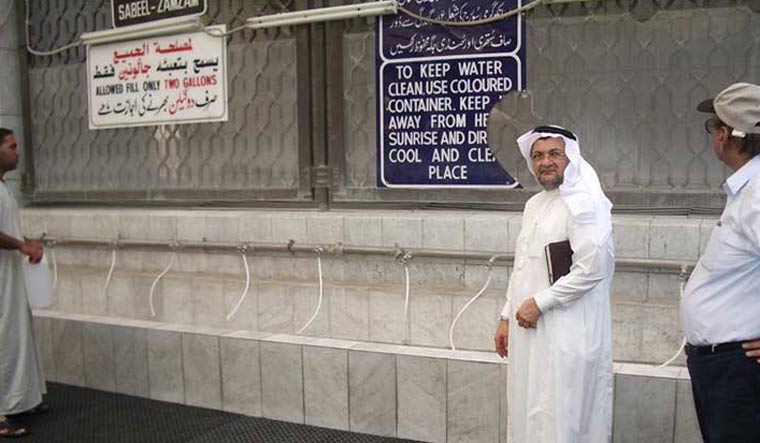 News outlets in the UAE have reported that Air India has temporarily barred the carriage of cans of Zamzam, regarded as holy water from Mecca, on two flights from Jeddah, Saudi Arabia.

Zamzam is the name of a well in Mecca. Muslims believe Allah brought forth water from the well miraculously to feed Ishmael, the son of Abraham, regarded as a patriarch by the religions of Judaism, Christianity and Islam. Zamzam water is often brought back to their native countries by pilgrims visiting Mecca for the hajj. Muslims also believe Zamzam water can heal ailments.

On Sunday, Gulf News published a copy of a letter from Air India to travel agents that was purportedly issued on July 4. The letter states that carriage of Zamzam cans on two flights—AI 966 (Jeddah-Hyderabad-Mumbai) and AI964 (Jeddah-Kochi)—would be prohibited with immediate effect till September 15. The letter attributes the reason to “change of aircraft and limitation of seats”.

An Air India official confirmed the restriction to the Khaleej Times. The official was quoted as saying, “Just to ensure in-flight safety and due to limited space constraints, we stopped allowing passengers to carry Zamzam holy water cans in Air India's narrow-bodied aircraft." The official added Zamzam cans could still be carried on wide-bodied aircraft flying in the sectors.

The Hajj season this year is in the second week of the month of August and coincides with the annual school vacation period in the Persian Gulf nations. As both are periods of heavy demand for tickets, airlines typically press in more aircraft, including those with lesser capacity, on busy routes. An Air India official, Prabhu Chandran, told Telangana Today that the carrier allowed pilgrims to carry 10kg worth of Zamzam water as check-in luggage in addition to the limit of 40kg.

Chandran told Telangana Today, “Since we want to accommodate passengers, we have temporarily stopped accepting Zamzam on Hyderabad and Cochin sectors.”