'Few have the courage': Priyanka Gandhi on Rahul's resignation

Rahul publicly announced his resignation as Congress president on Wednesday 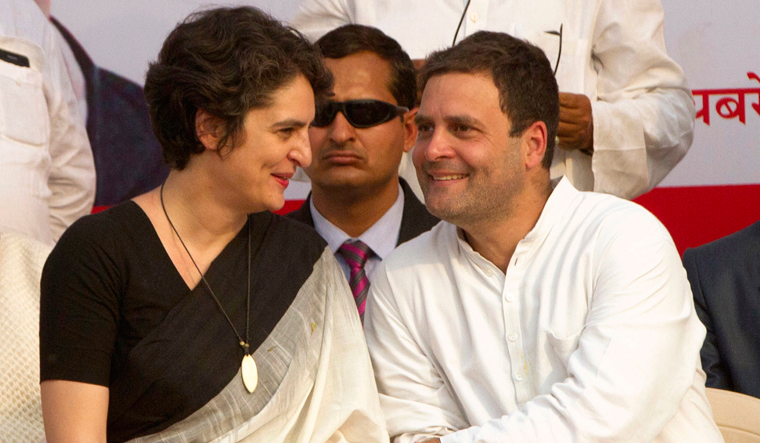 Priyanka Gandhi Vadra on Thursday tweeted support for her brother Rahul Gandhi's decision to step down as Congress chief. A day after Rahul officially announced his resignation as Congress president and publicly shared the letter in which he takes up responsibility for the electoral debacle, Priyanka tweeted: “Few have the courage that you do.”

Few have the courage that you do @rahulgandhi. Deepest respect for your decision. https://t.co/dh5JMSB63P

In the resignation letter he posted on Twitter on Wednesday, Rahul wrote: “As President of the Congress Party, I am responsible for the loss of the 2019 election. Accountability is critical for the future growth of our party. It is for this reason that I have resigned as Congress President.”

“Many of my colleagues suggested that I nominate the next Congress President. While it is important for someone new to lead our party, it would not be correct for me to select that person. Ours is a party with a profound history and heritage, one of struggle and dignity that I deeply respect. It is woven into the fabric of India and I trust the party will make the best decision regarding who can lead us with courage, love and fidelity,” he added.

Before he tweeted the letter, he had told reporters outside parliament that he has urged the CWC to convene a meeting at the earliest and decide the next chief.