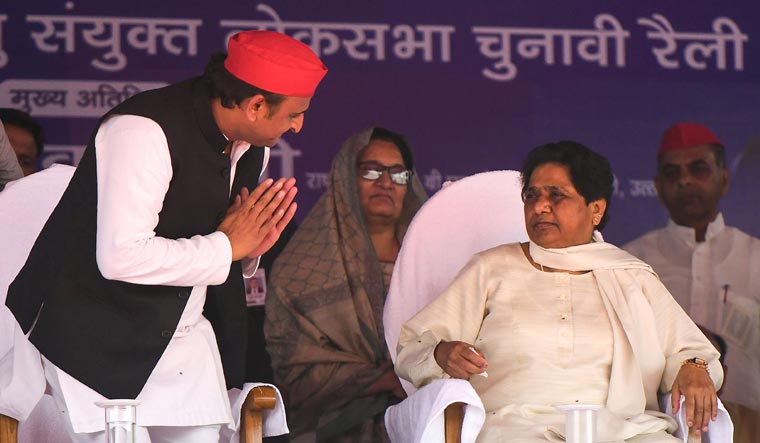 Weeks after Mayawati signalled the BSP's tie-up with the Samajwadi Party after the Lok Sabha polls was fraying, the former chief minister on Monday declared the breakup of the 'Mahagathbandhan' was permanent.

Posting a series on tweets, Mayawati slammed the governance of SP leader Akhilesh Yadav during his tenure as chief minister of Uttar Pradesh from 2012 to 2017. Mayawati declared the SP government had taken “anti-dalit” decisions and “worked against” reservation policies. She also slammed Akhilesh's tenure for its poor record on law and order.

Mayawati alleged, “The behaviour of the SP after the Lok Sabha general elections compels the BSP to think whether it will be possible to defeat the BJP further.” As a result, she added, in the “interest of the BSP, the party would fight all major elections on its own”.

Mayawati also criticised media reports on the BSP's all-India office-bearers' meeting that was held in Lucknow on Sunday. She noted matters reported in the media were “not entirely correct”. On Sunday, the BSP appointed Mayawati's brother and nephew to key positions in the party.

The SP and BSP contested 75 seats in an alliance for the Lok Sabha polls. The BSP won 10 of the 38 seats it fought, while the SP won only five. Soon after the declaration of results, Mayawati announced the BSP would contest bypolls to 11 assembly seats in Uttar Pradesh alone. The seats were left vacant after their legislators won the Lok Sabha polls and became MPs.

Akhilesh responded to Mayawati soon after her comments, wishing all the best to the BSP, showing that the SP was also expecting the Mahagathbandhan to collapse.

This is the second time an alliance between the SP and BSP is collapsing. In 1993, the two parties formed a pre-poll alliance for assembly elections in Uttar Pradesh and formed a government with Mulayam Singh Yadav, Akhilesh's father, as chief minister. Amid rumours the BSP would pull support for Mulayam's government in 1995, SP activists allegedly tried to assault Mayawati. Mayawati became chief minister shortly after the collapse of Mulayam's government, with outside support from the BJP.