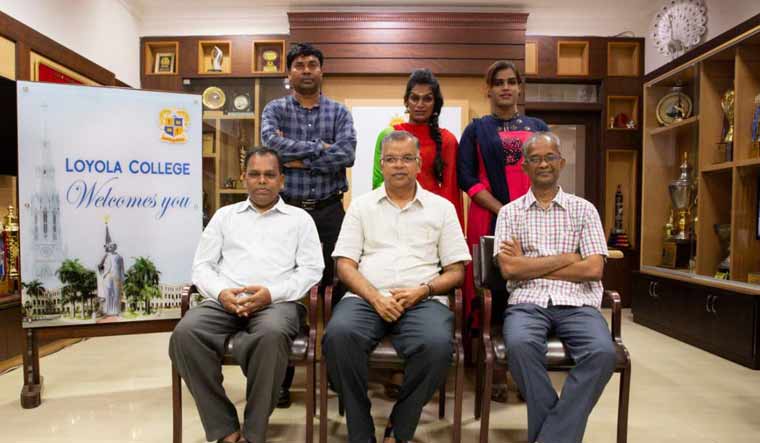 Chennai's Loyola College offered free admissions to Diya and Mirthulla, two transgender students who will be pursuing their undergraduate degrees in the institution. Diya, 23, will pursue Bachelor's in French, whereas, Mrithulla will pursue BBM Animation.

According to Rev Father Justin Prabhu, the college's director of media relations, over the years, around five transgender students have graduated from the college through scholarships. This year will see another transgender student, Naleena Prasheetha, complete Master's in Visual Communication from Loyola after enrolling for the degree in 2015.

This news comes as a positive wave to the current social scenario in India where more cases of gender acceptance is being reported. Freely admitting these students will encourage other trans students to come forward and achieve their goals without facing any social barriers. This is a huge step for the transgender community as most of them have opened up about the ridicule and humiliation that they had endured in educational institutions, which made it difficult for them to be open about their sexual identity.

Important firsts have already been marked by these strong-willed individuals making the journey a little less harder for others. The legalisation of section 377 of Indian Penal Code in the recent past has also aided them in their struggle for equality. These changes at a national level is slowly making life easier for the LGBT community in India.