All animals in Haryana to be ‘legal persons’, orders High Court 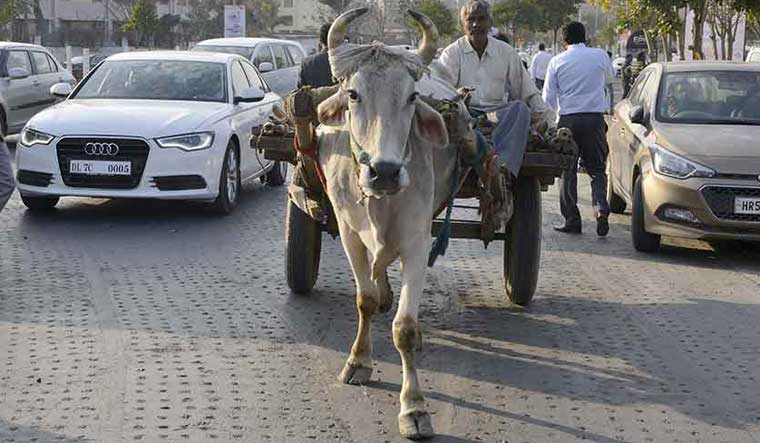 The Punjab and Haryana High Court has ruled that animals in Haryana will be accorded the status of “legal person or entity” and declared all citizens ‘persons in loco parentis’ (in place of a parent or guardian) to promote welfare of animals.

The order grants animals in Haryana “corresponding rights, duties and liabilities of a living person”. The verdict comes nearly a year after Uttarakhand High Court passed a similar order “to protect and promote greater welfare of animals”.

The order was passed by Justice Rajiv Sharma, who was transferred from Uttarakhand to the Punjab and Haryana High Court at Chandigarh last year.

“Live and let live,” Justice Sharma said in the 104-page order. Justice Sharma was also part of the Bench in Uttarakhand that had declared rivers Ganga and Yamuna as living entities in 2017. The verdict, however, was stayed by the Supreme Court.

Justice Sharma ruled that animals had a right to life and bodily integrity, honour and dignity, and could not be treated merely as property. “The corporations, Hindu idols, holy scriptures, rivers have been declared legal entities and thus, in order to protect and promote greater welfare of animals including avian and aquatic, animals are required to be conferred with the status of legal entity/legal person,” he stated.

Justice Sharma said that animals might be mute but “we as a society have to speak on their behalf”.

“The animals should be healthy, comfortable, well nourished, safe, able to express innate behavior without pain, fear and distress. They are entitled to justice. The animals cannot be treated as objects or property,” the verdict reads.

The single Bench of Justice Sharma also fixed load to be carried by animals and banned their deployment for pulling vehicles in extreme weather conditions. The Haryana government must ensure that no person was permitted to keep in harness any animal to draw vehicles between 11 am and 4 pm in summers when temperature exceeded 37 degrees Celsius, and between 10 pm and 7 am when the temperature fell below 5 degrees Celsius in winter.

The use of spike sticks, harness, knobs and other sharp instruments were also banned. Animals carrying load are to be covered with reflectors for identification at night.