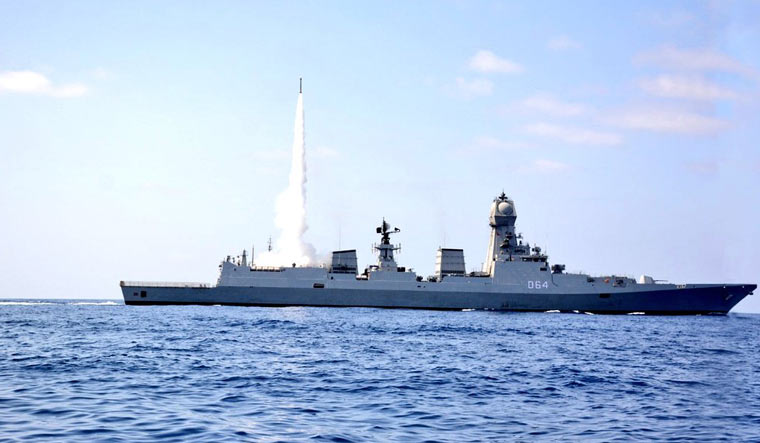 The Indian Navy announced on Friday that it had achieved a “significant milestone” in its anti-air warfare capabilities by having one of its warships control missiles fired from two ships.

The Indian Navy announced that, with the test of this cooperative engagement system, “it has become a part of a select group of navies that have this niche capability. This capability significantly enhances the combat effectiveness of the Indian Navy, thereby providing an operational edge over potential adversaries.”

Both the INS Kochi and INS Chennai are ships of the Kolkata class of destroyers and are equipped with the Israeli-origin ELM-2248 MF-STAR radar system and MRSAM missiles. According to an Israel Aerospace Industries brochure, the MF-STAR radar can track a large number of targets over 450km away.

Cooperative engagement involves using data-links between ships and platforms to have a “common picture” of a battle situation and taking control of weaponry on multiple platforms. A cooperative engagement system allows navies to respond more rapidly to 'saturation attacks' involving large numbers of low-flying anti-ship missiles. Cooperative engagement revolves around maximising the advantages offered by sophisticated radars such as the MF-STAR.

In addition to data from warships, the US Navy's CEC also collates information from aircraft, satellites and other sensors. The US Navy, the Royal Australian Navy and Japanese Maritime Self-Defense Force are navies that are known to have adopted the CEC. These navies use the US-developed Aegis battle management system and Standard Missile series of missiles. The US Navy has also tested CEC for use in ballistic missile defence roles.