Mamata not pleased with Modi's plan for 'grand' Vidyasagar statue 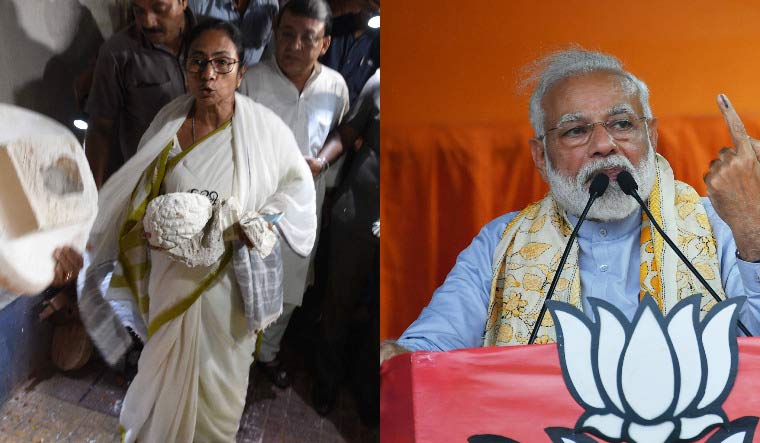 Even as West Bengal remains on the boil after the destruction of a statue of Ishwar Chandra Vidyasagar on Tuesday during clashes between activists of the BJP and TMC, political wrangling has started over who will provide its replacement.

While Prime Minister Narendra Modi declared at a rally in Mau, Uttar Pradesh, on Thursday that his government would build a “grand statue” of Vidyasagar, West Bengal Chief Minister Mamata Banerjee said the state did not need money from the BJP to rebuild it.

Addressing an election rally in Mau in Uttar Pradesh, Modi said,"The statue of Ishwar Chandra Vidyasagar was broken by TMC goondas during the roadshow of BJP president Amit Shah. Those involved in this act should be given strong punishment". Modi said a grand panch dhatu (made up of five metals) statue of Ishwar Chandra Vidyasagar will be installed at the same spot to give a befitting reply to TMC workers.

However, Banerjee rebuffed Modi's declaration. Speaking at an election rally in Mandirbazar, Banerjee declared, “Modi has promised to rebuild the Vidyasagar statue in Kolkata. Why should we take their (BJP's) money, Bengal has enough resources.” She claimed vandalising statues was one of the “habits” of the BJP and it had done the same in Tripura also. "The BJP has destroyed 200-year-old heritage of West Bengal; those supporting the party will not be accepted by the society." she warned.