Mamata will face humiliating defeat on May 23: Yogi Adityanath 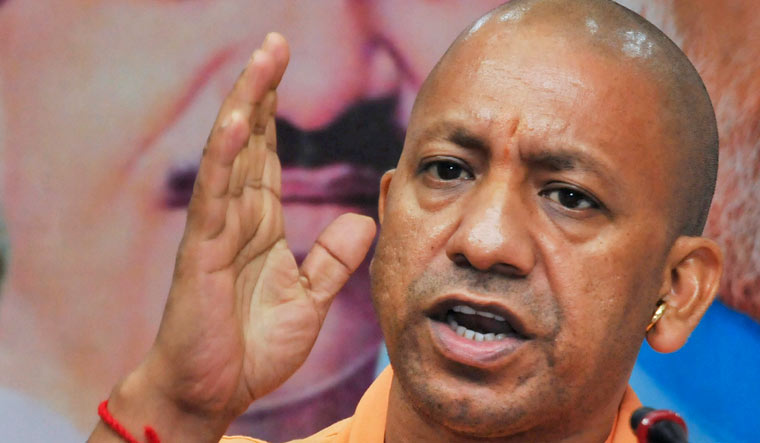 The West Bengal government has repeatedly denied Yogi Adityanath permission to hold rallies in the state. It happened again on May 15, when Adityanath tried his luck once more, attempting to land in Basirhat in the North 24 Parganas district, which saw massive riots in 2017.

Adityanath, however, found a loophole. He flew from Lucknow to Kolkata, and held a massive rally on land belonging to the Indian Railways, near Alipore. With senior national leaders by his side, Adityanath took stock of the situation in the state, one day after an attack on BJP president Amit Shah's road show.

“Tell me,” he asked his party men while walking in the lobby of the posh Alipore hotel he was taken to on landing, “from where are you facing resistance?”

“There are huge [obstacles], but we will overcome them all,” a senior national leader told him. Yogi chuckled and headed to his room and had a vegetarian lunch, without onions, specially prepared by the chef. “Take care of him, he is Maharaj,” a senior leader had told the chef before Adityanath had arrived.

While eating, the chief minister talked about how he addressed farmers' issues back in Uttar Pradesh. He told them how he had concentrated on the sugarcane farmers, which would help him win big and defeat his opponents in the Lok Sabha elections.

After his lunch, the controversial leader spoke to THE WEEK about the volatile political situation in West Bengal. Excerpts from an interview:

Our party president was attacked. He had a close shave. Mamataji is the chief minister of a state. I am ashamed to think about it. She knows her days are numbered and tried to harm our party president. We will not forget this.

But she alleged that the BJP vandalised the statue of Bengal's renaissance man Ishwar Chandra Vidyasagar.

[A] complete lie. How could our men have entered the college when the gate was locked and the locks were unbroken. It was late evening. The college is supposed to be closed. Can our party, which worships people like Vidyasagar, break his statue? It's the handiwork of her own party men. The locks of the room where the old statue was kept were unbroken.

She also alleged that people from outside attacked the college.

As she plunges into a deep crisis, she has lost her senses. Uttar Pradesh and other states are also going to the last phase of polls. So, why would workers leave their states to join the roadshow in Kolkata? The fact is, Mamataji is unnerved seeing the flood of people in Kolkata. It points to the end of her rule in Bengal. She will face a humiliating defeat on the day of the results.

These words could come from a person who has many goondas in her party. I have already told you the level of her campaign. She cannot fight us on the issue of development. So, she uses foul language against our clean prime minister and our party president.

What is your agenda in Bengal?

I am here to expose her. Her misrule has made Bengal what it is today. It is in a complete mess. It's the land of great people. How could we forget that? It's a pity thinking about what Bengal has become.

The Bengal government did not allow you to land here, calling you a polarising figure.

Yes. Three times I could not hold a rally. Even today, I did not get permission in north Bengal. This can happen only in jungle raj. But I can say that she would not be able to stop the BJP from winning. Her journey is over. We will win Bengal in a massive way, which will surprise people.

You are a spiritual guru and a chief minister. Is the same politics of bitterness played in Uttar Pradesh as well?

Not at all. Come to Uttar Pradesh and see it with your eyes. Our political opponents have every right to attack us politically. I have never put any blockade before them. Please don't compare Uttar Pradesh with Bengal as far as the political atmosphere is concerned. In Bengal, the ruling party has crossed all limits. She (Mamata) cannot earn respect any more.

What is your prediction for Uttar Pradesh and India?

Minimum 74 seats from UP and the Modi government will get a full majority in the country. Mark my words.