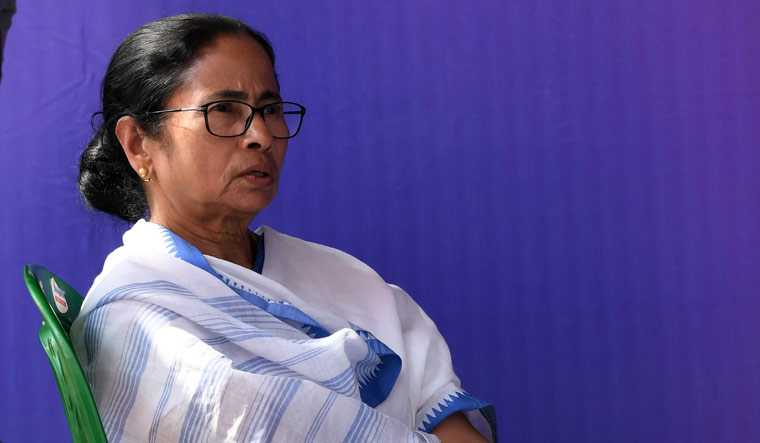 West Bengal's ruling TMC has put together an army of former Maoists and those who fought the ultras to counter the BJP, which has emerged as its main challenger, in Jangalmahal.

Some of the cadres were members of dreaded Maoist-backed People's Committee Against Police Atrocities (PCAPA), while some were part of village resistance groups, like Jan Jagaran Manch, which fought the ultras during 2010-12, when killing was the order of the day in Jangalmahal.

West Midnapore district president of Trinamool Congress (TMC), Ajit Maity, who is one of the main architects of the force, said the force is the need of the hour as the fight against the Bharatiya Janata Party (BJP) is both political and ideological.

"To fight a cadre-based party like the BJP, whose ideology is driven by religion, you also need cadre-based regimentation. And these former Maoists, PCAPA members have a very good understanding of the ground reality and are aware of the techniques to reach out to masses to spread and counter ideological messages," Maity told PTI.

"They have unmatched organisational skills. So we thought of bringing them together to create an unmatched force for establishing mass contact," he said.

The over 200-strong force has fanned out across West Midnapore and Jhargram to counter the BJP, he added.

TMC Binpur block president Shyamal Mahato, a former key operative of the PCAPA in Lalgarh and Midnapore, admits that people are upset with the local leadership.

"The main enemy of the TMC in West Midnapore are the BJP and the RSS. In the last few years, due to the vacuum created in the opposition space, the BJP has made its way into the district and is trying to misguide the tribals. We will not let that happen," he said.

"It's true that a section of masses is angry with the local leadership but everybody is not corrupt. The BJP is trying to divide the masses and is misleading them with false promises. Some of the former CPI(M) cadres and those who were thrown out of the TMC are helping them. We are keeping a close watch," he said.

Signs of the TMC's eroding support base first came to the fore with the results of last year's panchayat elections.

In a jolt to the ruling party, the BJP—once considered a backbencher in West Bengal politics—wrested 19 gram panchayats and several panchayat samitis in West Midnapore.

In the neighbouring Jhargram, the TMC lost 28 of 79 gram panchayats. The BJP's performance sent shockwaves in the rank and file of the Mamata Banerjee-led TMC. She even sacked one of her ministers from the district and overhauled the local party organisation.

Nishit Mahato, one of the founders of Jan Jagaran Manch, is part of the TMC's core team in Jangalmahal. He took charge as Jamboni block president in June last. "Our party lost Jamboni to the BJP in last year's panchayat polls. My job is to retrieve it. And I can assure you that from this block and the nearby two blocks, the TMC will get a lead of more than 70,000 votes in the Lok Sabha polls," he said.

"I am specifically working among the tribals in my area. The BJP-RSS have made inroads due to some mistakes committed by our party leaders. But we have rectified them," he added. A former member of a resistance group from Goaltore, Bimal Hansda, is running a network of informers in his block and those nearby. TMC cadres and a section of civic volunteers are part of his network in the area and they are keeping a close eye on activities of BJP workers.

The members of this network have been tasked with going door-to-door to understand the factors which led to the BJP's rise. "During Maoist insurgency, we used to work the same way. The only difference now is that the opponent has changed and it is far less dangerous," Hansda said.

"Once we get information about BJP workers visiting a house, we also send our workers to find out what the people are saying. We also try to engage them with our promises and the work we have done in the last eight years," he said. However, BJP state president and the party's Midnapore seat candidate Dilip Ghosh said the TMC's efforts would go in vain as the people have already decided to oust it.

The Communist Party of India (Marxist) said this proves its claim that the TMC and the PCAPA are two sides of the same coin. "It might surprise you, but it is doesn't surprise us as those who are in the TMC in the morning are in the PCAPA at night. We had seen it during the Maoist insurgency," CPI(M) Central Committee member Sujan Chakraborty said. Midnapore and Jhargram will go to polls on May 12.

Some names have been changed to protect identities