US draws a red line on trade and tariffs. How will India respond?

Trump’s foreign policy is dictated with commerce at its heart 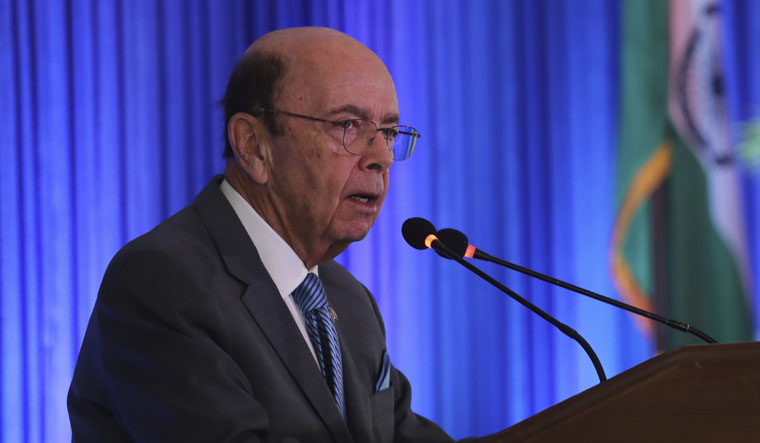 It is a 't-word' that will loom large in the future Indo-US trade talks. Not president Donald Trump, but his pet obsession: tariffs. The US Secretary of Commerce Wilbur Ross's recent two-day visit to India has made it abundantly clear. Masood Azhar is in the bag, but India now has to deliver the goods—remove the trade barriers for US companies.

The US has already indicated that it means business. The waiver in the purchase of oil from Iran was withdrawn last week. No exceptions, even for India. The GSP (Generalised System of Preferences), which allows companies concessions to import to India will be withdrawn by May 23. The elections may be an issue in India, but the Trump administration will not extend the limit. It has also warned India against imposing any relailiatory duties. With the US and China at loggerheads on trade, India knows how refusing America will end up.

This was a message that Ross delivered straight to Modi. It was not an easy meeting. Reminiscent of the Bush era 'With Us or Against Us' policy, Trump’s foreign policy is dictated with commerce at its heart. “We just had a meeting this morning with Secretary Ross and others. We raised all of these issues very clearly, and the government understands what our position is,” said Kenneth I. Juster, US Ambassador to India, during the Trade Winds Indo-Pacific Business Forum in New Delhi.

Ross minced no words when he addressed business leaders during the Forum. India’s trade and regulatory policies had caused an “imbalance’’. “As President Trump has said, trade relationships should be based, and must be based, on fairness and reciprocity,” Ross said. “But, currently, US businesses face significant market access barriers in India.” Secretary Ross, post his meeting with commerce minister Suresh Pradhu, made a statement to reporters, ruling out any concessions. At the Trade Winds Forum, Ross listed out the tariffs imposed by India, referring to the percentages as “not justified’’. “They are way too high,’’ he said.

He referred specifically to tariff on automobiles (60 per cent), motorcycles (50 per cent), alcoholic beverages (150 per cent) and its bound tariff rates on agricultural products, which he said were as high as 300 per cent in some cases. “Our goal is to eliminate barriers to US companies operating here, including data-localisation restrictions that actually weaken data security and increase the cost of doing business,” he added.

The tough part of the Indo-US bromance begins now. Trump may be betting on India countering China, but increasingly, the money part of the equation will matter. The economics of the relationship have increasingly become much more important in a Trump world. For India, this will be a difficult ask. “America’s foreign policy dynamics under Trump are very different,” says Adrian Mutton, CEO of Sannam S4, who is part of the Indo US strategic dialogue. “People need to recognise that. It is purely economics. America has come out of the financial crisis. GDP growth has grown strong with each quarter. Inflation is low, unemployment is at a 50-year-low.’’

There is no such thing as a free lunch. And, partnerships come at a price. “The US, particularly under Trump, are much clearer about what their objectives are in India and what they expect as part of the partnership. I think that is good. There is lack of ambiguity for the Indians,’’ said Mutton.

Can India deliver? This will be the biggest stumbling block in the relationship. It seems that the government has assured America that these issues will be looked into in its next term. And it seems to be sending a signal that it will play ball. Commerce Minister Suresh Prabhu arrived at the Trade Winds Forum to assure Ross and American businesses that problems can be resolved. The buck now stops with the next government.