PepsiCo has announced it will withdraw lawsuits against farmers 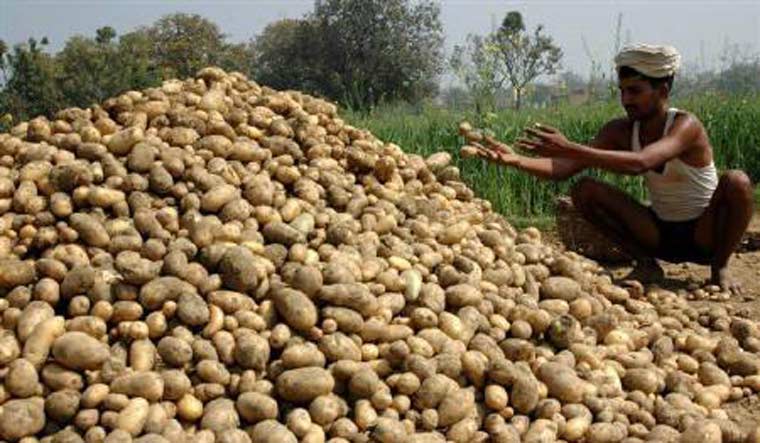 Even as multinational giant PepsiCo has announced that it would withdraw lawsuits against four Indian farmers who it accused of patent infringement, farmers' organisations, civic society organisations and eminent citizens on Friday formed Seed Rights Forum to fight for the farmers.

The Indian subsidiary of the US multinational company, PepsiCo India Holdings (PIH) Pvt Ltd, had filed cases of IPR infringement through 2018-19 against farmers for allegedly using potato variety FL 2027/FCS without permission.

After the rights groups took up the cause of the farmers a few days ago and asked the Central and Gujarat governments to intervene, deputy chief minister Nitin Patel had said that the government had received representations and it would submit to the court that it be made a party.

Congress leader Ahmed Patel, too, had flayed the move of PepsiCo to file a suit against the potato growing farmers.

According to Kapil Shah of Jatan Trust, working in organic farming sector, a committee has been formed and it would take the further course of action.

The forum has given a call to boycott of PepsiCo products. Future course of action will be decided later.

Shah said that it was just not a question of withdrawing the case, but it should be also ensured that changes do not happen in the laws for right to seeds for the farmers.

He said even 24 hours after the statement from PepsiCo that it would withdraw all the cases against potato growing farmers, there has been no formal communication from the company.

Earlier in the day, the farmers demanded that they be compensated for the trying times they had to undergo.