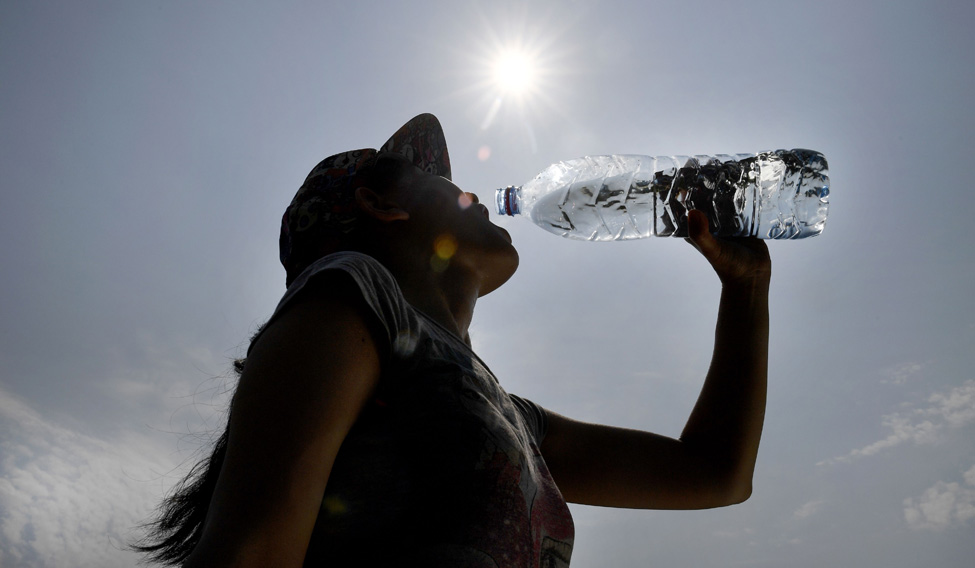 Even before it is May—considered the hottest month in the year for this region—day temperatures are soaring through the roof in Madhya Pradesh and neighbouring Vidarbha in Maharashtra, setting world records.

On Sunday, Khargone in southwestern part of MP recorded maximum day temperature of 47.5 degrees celsius—the hottest in entire world according to weather website, worldweathertoday.info. Neighbouring Khandwa town recorded a high of 46.1 degrees to become the seventh hottest place in the world.

The Regional Meteorological Centre (RMC) in Bhopal has confirmed the high temperatures and issued warning of heat wave conditions in parts of the state, especially in Sagar, Jabalpur, Ujjain, Indore and Hoshangabad divisions, for the next 24 hours. 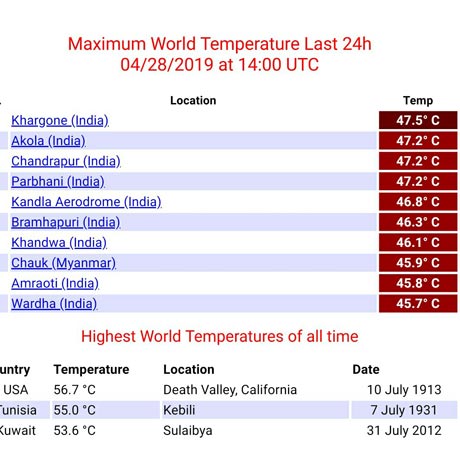 People have been asked to increase intake of water, wear light coloured cotton clothes and keep their heads covered when out in the open to prevent possible heat stroke.

Akola, Chandrapur and Parbhani in Maharashtra each recorded a maximum of 47.2 degrees celsius respectively. Other Maharashtra cities in the list are Amravati, Wardha and Brahmapuri. Kandla Aerodrome in Gujarat also found place in the list of hottest ten.