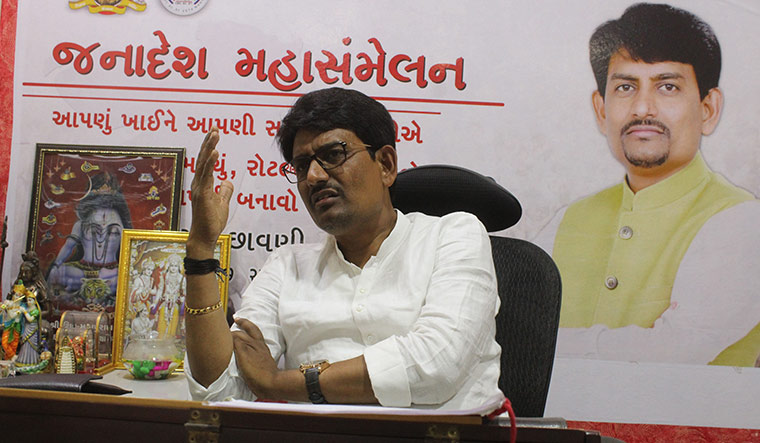 The opposition Congress on Thursday demanded that Alpesh Thakor be disqualified as MLA from the Gujarat Assembly.

Alpesh had resigned from all posts he had held in the Congress party ahead of the Lok Sabha 2019 elections, but continues as an MLA.

The Congress's whip in the state assembly Ashwin Kotwal and Kalol Baldev Thakor on Thursday met the secretary of the Gujarat Assembly and demanded the disqualification of Alpesh.

Alpesh had won from Radhanpur assembly seat from a Congress ticket. In less than a year, he was made AICC secretary and co-in-charge of the party in Bihar. He was also taken on all the committees formed by the party during Lok Sabha elections. Gujarat voted on April 23.

He had resigned from all posts of the party alleging that he and his community members were being ignored by the party.

Baldev told THE WEEK that they have cited sections of various laws in their letter to disqualify Alpesh. He said that Alpesh campaigned against the Congress's candidate in Banaskantha Lok Sabha seat and Unjha assembly by-poll.

The Kalol MLA also said that Anti-Defection Law should be invoked against Alpesh.