No alliance with AAP? Congress announces 6 candidates for Delhi 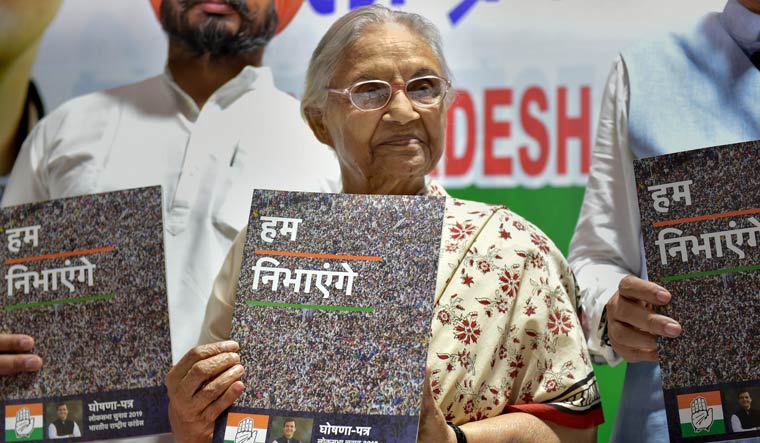 The Congress on Monday released its list of candidates for six of the seven Lok Sabha seats in Delhi, effectively killing all possibilities of an alliance with the Aam Aadmi Party.

Prominent among the candidates is three-time Delhi chief minister Sheila Dikshit, who will contest from North East Delhi constituency; former minister Arvinder Singh Lovely from East Delhi and Ajay Maken from New Delhi. The other candidates are J.P. Agarwal (Chandni Chowk), Rajesh Lilothia (North-west Delhi) and Mahabal Mishra (West Delhi). The party is yet to announce a candidate for South Delhi constituency.

The Aam Aadmi Party had announced candidates for all seven seats in Delhi in March itself, but the party had publicly called for an alliance with the Congress. Last week, Congress chief Rahul Gandhi had tweeted his party was ready to give up to four seats to the AAP to “rout the BJP”, but added Delhi Chief Minister Arvind Kejriwal had made “yet another U-turn”. On Saturday, the Congress had rejected AAP's demand for seat sharing in Haryana and Punjab. All seven candidates of AAP are expected to file their nominations on Monday.

Dikshit was a vocal opponent of an alliance with the AAP. Delhi will vote in the sixth phase of the Lok Sabha polls on May 12.