Terror attack on CRPF camp in Pulwama; one injured 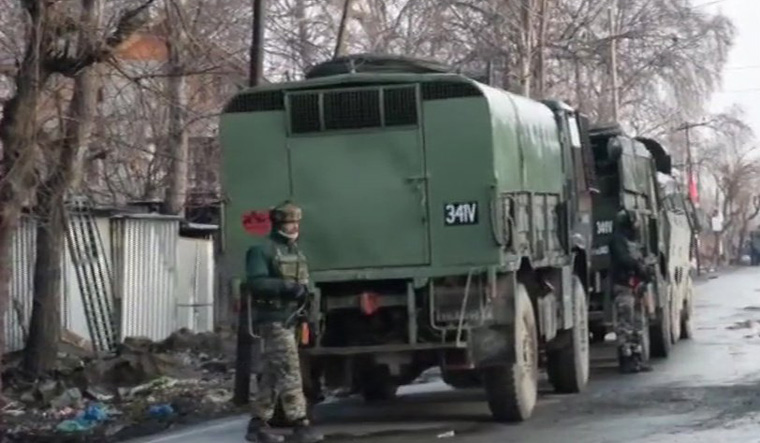 One CRPF personnel was injured after militants fired a grenade at their camp in Tral, Pulwama in Jammu and Kashmir on Wednesday.

Officials said an under-barrel grenade launcher (UGBL) bullet was fired at the camp of the 180th battalion of the CRPF.

A UBGL is a weapon accessory and is fitted below the barrel of a gun. It fires a grenade at a trajectory and causes splinter and blast casualties.

Security forces have launched a search in the area for the terrorists who carried out the attack.

The fresh attack came even as the tension between India and Pakistan, triggered by a previous terror strike orchestrated by Jaish-e-Mohammad in the same area, remains high.

At least 40 CRPF personnel were killed when their convoy was attacked by a suicide bomber in Pulwama on February 14. In a strong retaliation, a fleet of Indian Air Force fighter jets crossed the border and pounded a major terror training camp of the JeM at Balakot.

India's counter-terror operation led to an aerial engagements between the air forces of the nuclear armed neighbours, resulting in the loss of an aircraft from each side and the brief detention of an IAF officer by Pakistan army.