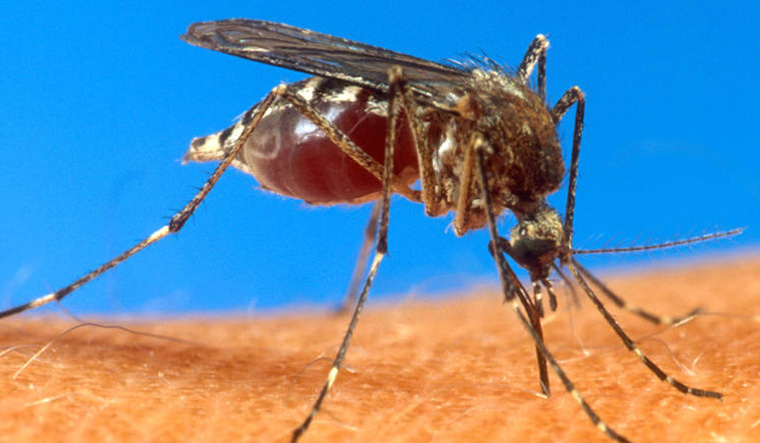 After the deadly Nipah Virus last year, the state of Kerala is battling the West Nile Virus, after it was reported that a seven-year-old boy from Malappuram suffered from the mosquito-borne disease.

According to a study on the West Nile Virus (WNV) published in the journal Emerging Infectious Diseases, sporadic infections caused by this virus have been found in Africa, Europe, Asia, and the United States. In humans, most infections with WNV cause “sub-clinical or a mild influenza-like illness”, and encephalitis has been reported in some cases. The WHO says that about 20 per cent of the people who become infected with WNV will develop West Nile fever. Symptoms include fever, headache, tiredness, and body aches, nausea, vomiting, occasionally with a skin rash (on the trunk of the body) and swollen lymph glands.

There's no vaccine for the viral disease.

The Centre is closely monitoring the situation, and a team from the National Centre for Disease Control (NCDC) has been sent to the state to manage the disease. In the current outbreak, there are no reports of the spread of this virus in other parts of the country, according to the Union health ministry.

The West WNV can cause neurological disease and death in people, according to the WHO. It was first isolated in a woman in the West Nile district of Uganda in 1937.

In India, antibodies against the virus were first detected in humans in Mumbai in 1952, and virus activity has been reported in southern, central and western India, according to the ICMR study. The virus is found in a bird-mosquito cycle in nature. In the past, isolates of the virus have been found in Culex vishnui mosquitoes in Andhra Pradesh and Tamil Nadu, from the Culex quinquefasciatus mosquitoes in Maharashtra, and from humans in Karnataka.