Meanwhile, an IAF jet crashed in nearby Budgam killing at least one person 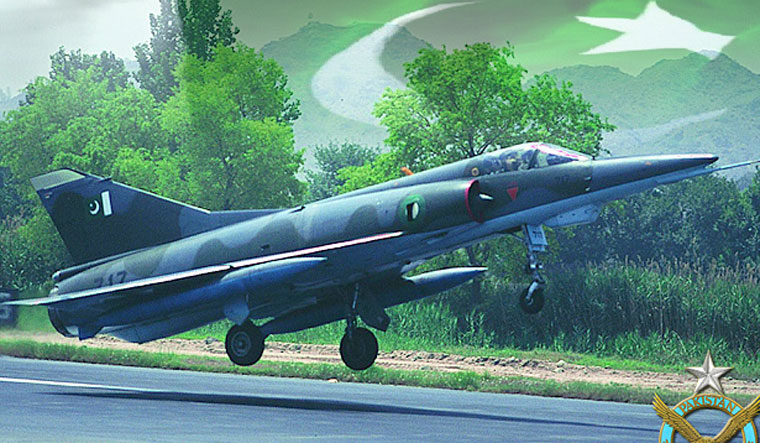 A day after the Indian Air Force struck the largest militant camp of terrorist group Jaish-e-Mohammed at Balakot in Khyber-Pakhtunkhwa province of Pakistan, three Pakistani jets violated the Indian air space and dropped bombs on the way out, reported news agency PTI. However, they were pushed back by Indian aircraft, a top official said.

Pakistani jets entered the border areas of Nowshera sector in Jammu and Kashmir's Rajouri district, PTI quoted officials as saying. "The jets entered into Indian air space over Nowshera sector this morning," the official said. They were immediately pushed back by Indian jets on air patrol. Further details are awaited.

At the same time, an IAF jet has crashed in Budgam district on Wednesday, killing at least one person, officials said. However, it is yet to be clear if the two incidents are related.

The identity of the deceased could not be confirmed immediately, they said, adding the fate of the pilots was not known.

On Tuesday, Pakistan, which had trashed India's claims of massive destruction to the terrorist camp and death of 200 militants, had, at the same time, warned that it would respond to India’s aerial bombing, saying, “It is your turn now to wait and get ready for our surprise.”

Meanwhile, Srinagar, Jammu and Leh airports were on Wednesday closed for civilian air traffic shortly after an IAF jet crashed in Budgam district and amid escalation of cross-Line of Control shelling between the armies of India and Pakistan. "The civilian air traffic has been suspended temporarily in view of the emergency," said an official of the Airport Authority of India.

While the official did not specify the nature of the emergency, it is believed the step was taken in view of an IAF jet crashing in Budgam district this morning.