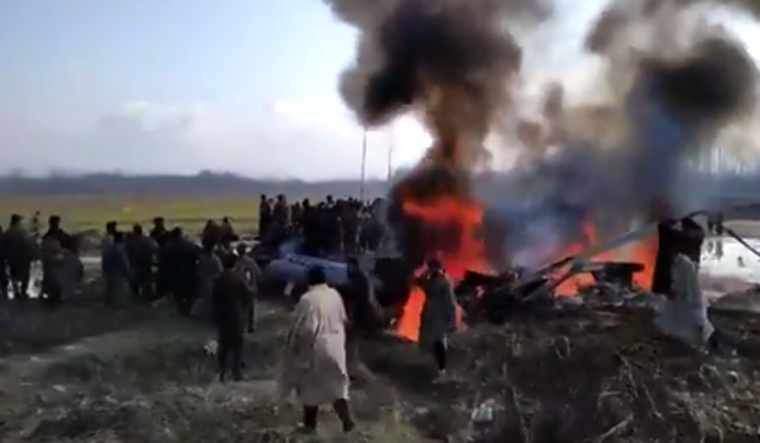 An Indian Air Force chopper crashed in a village in Budgam district of central Kashmir on Wednesday morning. Reports indicate that a transport helicopter Mi-17 from Srinagar airport crashed and the pilot and copilot were killed, though this is yet to be confirmed.

The helicopter crashed in Garend Kalan village. It is yet unclear whether the crash of the chopper is related to an intrusion by Pakistan Air Force jets across the LoC.

Indian fighter jets had been on high alert in the wake of the Indian Air Force strike on terror targets in Pakistan on Tuesday.

Social media users claimed multiple aircraft had been flying on Tuesday night and on Wednesday morning.

Further details about the crash are awaited.