Seven accused have been arrested in the Periya twin-murder case 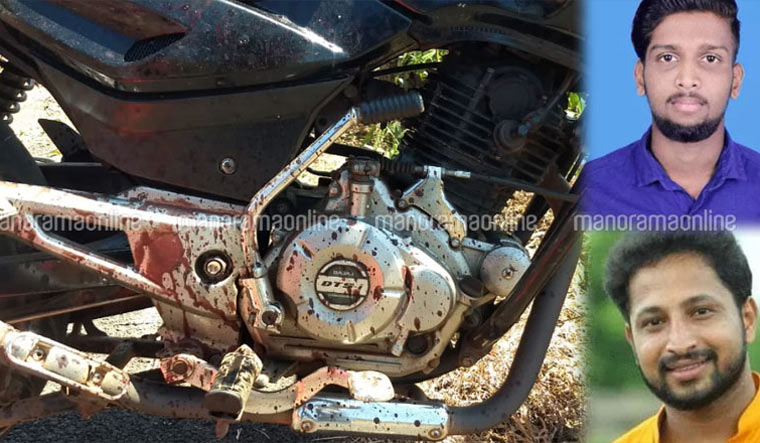 The double-speak of the Communist Party of India (Marxist) on political violence in Kerala has been exposed once again. At a time when the district of Kasaragod is yet to recuperate from the shock of the twin murder at Periya, local leaders of the ruling party were seen supplying food and clothes to the accused at a police station.

The 'special care' was extended to prime accused A. Peethambaran and his aide Saji George at Bakel police station even as the CPI(M) maintains that it would not provide any help to the murder suspects. Peethambaran is a former local committee member of the party.

Two Youth Congress workers, Kripesh (24) and Sarath Lal (21), were allegedly waylaid and hacked to death while returning home after attending a function at Periya on February 17. It is suspected that the murders were planned to avenge the attack on Peethambaran earlier by some KSU workers, including Kripesh and Sarath Lal.

The case is being probed by the crime branch of state police. Seven people have already been arrested and remanded in police custody while another person who, the police think, have direct role in the murders, is still at large.

"The murder of two Youth Congress workers was heinous. There is no need to protect those who commit such heinous crimes,” Chief Minister Pinarayi Vijayan said on Friday. “Law will take its own course. Those who have done something wrong will be punished," he said.

The Periya killings have put Vijayan and his party on the defensive ahead of the general elections due in April-May.

The Congress has demanded a CBI probe into the murders, with party's state chief Mullappally Ramachandran alleging that the track record of the investigating officer was not good.