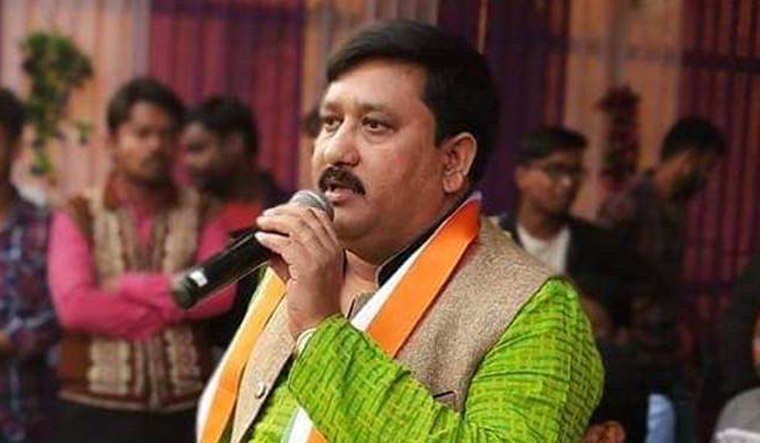 A Trinamool Congress MLA was shot dead by unidentified assailants in the border village of Hanskhali in West Bengal on Saturday evening. Satyajit Biswas (35), who represents the Krishnaganj constituency, belongs to that section of Matua community which traditionally shows allegiance to the Trinamool Congress. The other section of the community is close to the Bharatiya Janata Party.

According to police, Biswas was shot dead during a function relating to Saraswati Puja, where state minister Ratna Ghosh was also present. The incident took place minutes after the minister left the place.

Police said Biswas was fired from a close range. Though he was rushed to a nearby hospital, he succumbed to his injuries on the way.

The accused decamped shortly after spraying bullets at the legislator. They also left the pistol at the spot.

Senior TMC leaders are all set to visit the area on Sunday. Sources said Chief Minister Mamata Banerjee is also slated to rush to Krishnaganj on Sunday.

Biswas is the first MLA of the TMC to have been murdered during its seven years of rule. The ruling party blamed the BJP for the murder.

Gauri Shankar Dutta, TMC's Nadia district president, said, "It is the handiwork of Mukul Roy. He is touring these days across the area to strengthen the BJP. He had earlier lashed out at Satyajit. We will fight it (the murder case)." Roy is a former TMC leader who left the party in 2017 and joined the BJP.

The BJP denied the charge and said the murder was a fall out of the internal rivalry of the TMC.

"How can the BJP kill a TMC MLA? Our security itself is in question. We would like to tell the central government that this is the situation in Bengal that even a ruling party law maker is not safe," said Dilip Ghosh, the BJP's state president.

Two years ago, a TMC leader was gunned down due to internal rivalry in the party. Rumours are rife connecting that murder to the latest incident.