The investigators are examining whether Kumbh Mela was in target list 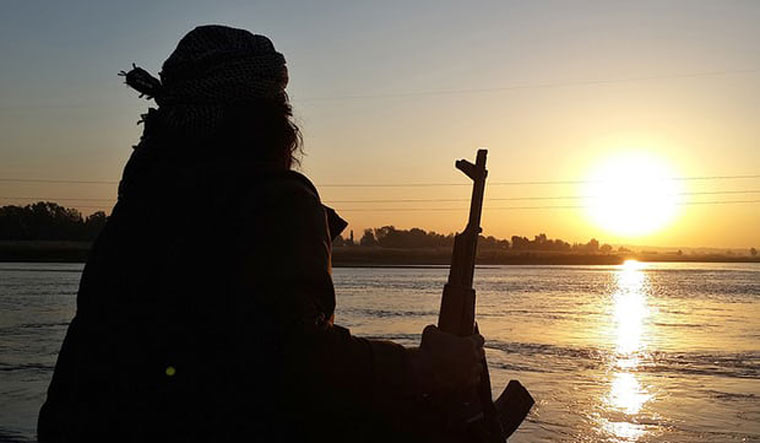 The ATS has also arrested eight men and detained a minor boy—all suspected members of the group—following searches in Thane and Aurangabad over the last two days, he added.

The arrests have come just days ahead of the Republic Day on January 26.

The group, which had engineers in its ranks, had planned to prepare toxic chemical mixtures and blend those with food or water at big events to cause mass casualty, he added.

All the seized materials were sent to the forensic science laboratory for examination, he said.

"These people had created a terrorist gang inspired by the IS called the Ummat E Mohammadiya and had planned terror activities at various places," the official said without elaborating.

"The idea was to make some poisonous mixtures and mix those in water or food at places of big events so that people consume it," he said.

The locations where the group had planned the terror activities were being ascertained, he added.

"We will verify all the aspects, including (a possible) attack at the (ongoing) Kumbh Mela (in Prayagraj, Uttar Pradesh) and at other big events as well," the official said.

The chemicals seized from the group were of experimental quantities, he said, adding, "We are also investigating whether the group had any associates in the state or other parts of the country."

Among those arrested was Mazhar Abdul Rashid Sheikh, the son of Rashid Malbari -- a underworld criminal and dreaded sharp-shooter of the Dawood Ibrahim gang -- the ATS official said.

Sheikh was arrested from Aurangabad in central Maharashtra, he added.

The minor, who was detained, was aged around 17 and was a student of class 11 (Science), the official said.

The other members of the terror group were engineers and professionals, while one was a pharmacist, he said.

The group, the members of which were based in Aurangabad and the adjoining Thane district, was active on the Internet and its members were well connected with each other on social media websites and messaging apps, the ATS official said.

The main accused was in direct touch with their IS handler in Syria, he added.

The group had been carrying out experiments at Thane and Aurangabad on how to execute its terror plan, he said.

"The group was on the radar of the ATS since the last few weeks and when we felt they might take further steps, we decided to intervene and carried out searches," Maharashtra ATS chief Atulchandra Kulkarni said.

Around a dozen ATS teams had carried out the searches through Monday and Tuesday in Mumbra (Thane district) and Aurangabad and nabbed the accused, he added.

All the arrested accused were produced before a court in Aurangabad, which sent them to police custody till February 5, another ATS official said.

The minor was sent to a remand home in Mumbai, he added.

The accused were booked under Indian Penal Code sections 120B (criminal conspiracy) and the relevant provisions of the Unlawful Activities (Prevention) Act (UAPA) and the Bombay Police Act, he said.