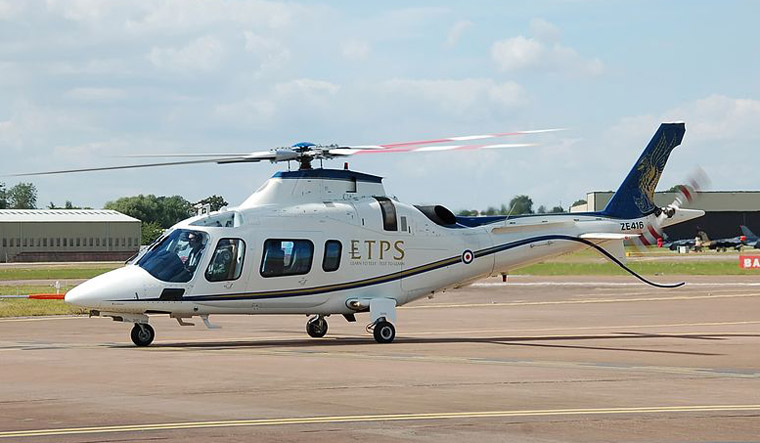 In what is expected to come as a huge success for the Narendra Modi government ahead of 2019 Lok Sabha polls, India has managed to lay hands on the wanted fugitive in the AugustaWestland case, Christian Michel James, who is being flown in a chartered plane to the country. He is expected to be arrested by the CBI as soon as he sets foot on Indian soil.

According to CBI sources, Christian Michel was expected to arrive in India on Tuesday night and a team of officers of the investigating agency was on its way to arrest him. The CBI was officially silent on the timing of his landing in India.

The extradition operation of Christian Michel is being monitored by National Security Advisor Ajit Doval who is burning the midnight oil on Tuesday night. The entire operation is being coordinated by the interim CBI Director M. Nageswara Rao. A team led by joint director in the CBI, Sai Manohar, has been to Dubai for the purpose.

The CBI sources confirmed that Christian Michel, who has been avoiding criminal proceedings in India in connection with the AgustaWestland case, is being extradited by UAE authorities to India.

The involvement of Christian Michel as middleman in the purchase of VVIP helicopters by government of India for swinging the deal in favour of AgustaWestland and making illegal payment of kickbacks to the Indian authorities had surfaced in 2012.

Initially, the investigation conducted by Italian authorities indicted him for offenses of international bribery/corruption. He managed to flee from India after the CBI took over the investigation and sought to question him. He has been evading the agency and due course of law ever since, leading to the issuance of an open non-bailable arrest warrant on September 24, 2015, by the Special Judge, CBI Cases, Patiala House Courts, New Delhi.

Christian Michel was arrested by the UAE authorities in February 2017 on the strength of INTERPOL Red Notice. The CBI filed a charge-sheet in the court on September 1, 2017, against Christian Michel and 11 other accused. The trial court took cognizance of the offences on October 11, 2017. Thereafter, the CBI’s request for extradition was forwarded to the UAE authorities in March last year through diplomatic channels. Painstaking negotiations were carried out with Doval at the helm to honour New Delhi’s request.

The extradition proceedings were held before UAE court and the court of Dubai upheld the lower court's decision for possibility of extraditing Christian Michel to India. Accordingly, the fugitive criminal is being extradited to face the legal proceedings, government sources said.

CBI sources said Christian Michel will be examined with respect to his involvement in the case and confronted with documents recovered during raids by Swiss authorities and received by CBI through Letter Rogatory indicating the bribes paid by Christian Michel to the Indian authorities for securing the contract for supply of VVIP helicopters from AgustaWestland.

Details of the fugitive:

A profile of Christian Michel James

Christian Michel James is described as a historical consultant of AgustaWestland/Westland Helicopters, UK, with technical operational knowledge of the aircraft, the military bases and the pilots.

He began working with Westland Helicopters Limited (WHL), UK, since the 1980s. His father had also been a consultant of AgustaWestland, UK, for the Indian territory. According to the CBI, Christian Michel was a frequent visitor to India and was operating as a middleman for defence procurement through a wide network of sources cultivated in the IAF and ministry of defence at different levels, including retired and serving IAF officials. He was tracking the movements of the procurement process files and was sending periodical reports on the developments to the accused persons connected with AgustaWestland.

The CBI officials said in this process, he shared the information collected from IAF and MoD with his associates who used to transmit the dispatches through FAX to their counterparts in Italy and Switzerland. “In this way, he was updating/informing the management of M/s Finmeccanica and M/s AgustaWestland namely Giuseppe Orsi and Bruno Spagnolini and others about his efforts in India for securing supply contract of VVIP helicopters,” CBI sources said.

The CBI case against Christian Michel

I. Christian Michel James entered into criminal conspiracy with co-accused persons and in pursuance thereof, the public servants had abused their official positions by reduction of service ceiling of the VVIP helicopters from 6,000 metres to 4,500 metres and a contract for an amount of € 556.262 million was awarded to M/s AgustaWestland International Ltd (AWIL), UK by the Government of India through ministry of defence on 08.02.2010 for the procurement of 12 VVIP/non VVIP helicopters.

II. Keeping his proven expertise and experience in India, Christian Michel James was imposed as a controller on the other two middlemen namely Ralph Guido Haschke and Carlo Gerosa (already roped in by M/s AgustaWestland) as they had no specific knowledge in the specific sector of helicopters. Renzo Lunardi, the then commercial manager, M/s AgustaWestland proposed his appointment to which Giuseppe Orsi, CEO M/s AgustaWestland (during 2005-2011) agreed.

III. A meeting was held in Cascina Costa, Italy, in July 2006, and Lunardi, in the presence of Orsi, proposed that Christian Michel James would join Ralph Guido Haschke and Carlo Gerosa in carrying out scouting and monitoring activities with regard to the acquisition of helicopters in India, keeping in view of his knowledge of Indian military operational mechanism. During the above meeting, they had negotiated a comprehensive fees equal to 7 per cent of the supply contract amount to cover the expenses and fees of both of them.

IV. Christian Michel James entered into as many as 12 contracts through two of his firms namely M/s Global Trade & Commerce Ltd. London and M/s Global Services FZE, Dubai, UAE with Finmeccanica, AgustaWestland, Westland Helicopters UK etc. to legitimise the illicit commission on the procurement of VVIP helicopters by ministry of defence, India. An amount of € 42.27million (Rs 295.00 crore approximately.) was paid by the Finmeccanica Group to the firms of Christian Michel as kickbacks without undertaking any work against the receipt of such amount.