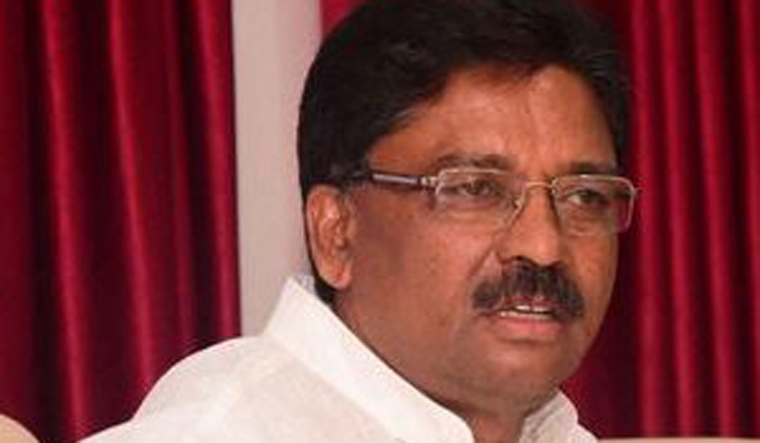 With the Congress-JD(S) alliance leading by 4:1 against the opposition BJP in the Karnataka byelections to three Lok Sabha seats and two Assembly seats, Bellary is turning out to be the most bitter pill for the saffron party.

Bellary Lok Sabha constituency, a BJP stronghold, has all but fallen to Congress's V.S. Ugrappa, who has extended his lead over the BJP's J. Shanta by 2.14 lakh votes after 15 rounds of counting (out of 18 in total). Ugrappa secured 5.5 lakh votes, while Shanta is trailing far behind at 3.3 lakh votes.

The byelection was necessitated to the Bellary constituency after its sitting MP, BJP's B. Sriramulu, vacated his seat following his election to the Karnataka Assembly in the polls held this May. The Assembly ticket to Sriramulu has, effectively, backfired for the BJP, with the party almost certain to lose another Lok Sabha seat to the Congress, less than half-a-year ahead of the 2019 general elections.

Meanwhile, early counting trends show that the Congress-JD(S) alliance is headed for a victory in four of the five contesting seats. According to the latest figures, Congress's A.S. Nyamagouda leads by 11, 000 votes in Jamkhandi, while JD(S)'s Anitha Kumaraswamy and L.R. Shivaramegowda are heading to thumping victories as they extended their leads by over 1 lakh votes in Ramanagaram and Mandya, respectively.

The only heartening news for the BJP on Tuesday comes from Shimoga, the constituency of former chief minister B.S. Yeddyurappa. BJP candidate and Yeddyurappa's son B.Y. Raghavendra is leading by 36,467 votes in Shimoga.

The Bellary verdict, coupled with the results from the rest of the four constituencies in the byelections, can be seen as a huge let-down for the BJP that was parleying hard to form the government in Karnataka after the elections in May.

The bypolls assume significance as the ruling coalition partners contested together, terming it a "prelude" to the Lok Sabha polls next year, and called for a similar "grand secular alliance" against the BJP at the national level.

The announcement of the bypolls for the Lok Sabha seats came as a surprise to all the three major political parties in the state—the Congress, the BJP and the JD(S)—who questioned the need for the exercise when the general elections are due early next year.