This 40-feet-tall purifier can give clean air to 75,000 people living in 3-km radius 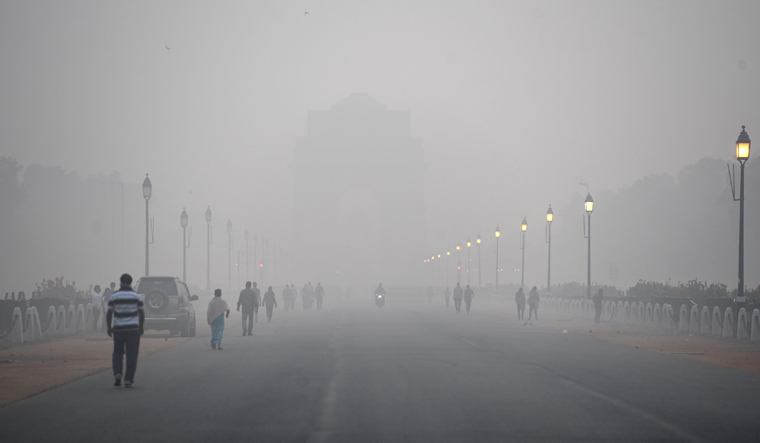 As the city grapples with dangerous levels of air pollution, a Delhi-based start-up has designed a 40-feet-tall purifier which it claims could provide clean air to 75,000 people living in the three-kilometre radius around it.

Kurin Systems has recently got the patent for the “world's largest as well as the strongest air purifier” published by the World Intellectual Property Organization, its co-founder Pavneet Singh Puri said.

Specially designed keeping the national capital's air condition in mind, a single one of these purifiers can provide clean air in the three-km radius of their placement impacting the lives of 75,000 people, Puri told PTI.

According to the World Health Organization (WHO), India is home to six of the top 10 polluted cities in the world with Delhi sitting on the top of the list.

As many as 1.2 million people die every year in India due to air pollution, a Greenpeace report published last year showed.

The purifier, which Kurin calls the 'City Cleaner' measures 40 feet in height and 20 feet on each side. It will have the capacity to clean 32 million cubic metres of air per day, its makers said.

The device will be able to take in air from all 360-degree angles and generate 1,300,000 cubic metres of clean air per hour, they said.

The mammoth purifier will have 48 fans to keep the flow of clean air going. The device will run on energy generated via solar panels and will be made with materials sourced locally, according to Puri.

“This device won't need electric grids to function as we can run it solely on solar power if there is adequate space. It will be cost-effective and environment-friendly,” he said.

“I really feel that clean air only at home is not a solution. Mass air cleaning should be a part of the growth and development agenda too, as clean air should not be available only to a section of society which has the money to buy the at-home purifiers,” said Puri.

“What we have planned to develop will be the world's largest and the strongest air purifier. China has already witnessed huge success with their Smog Tower in Xian which has been successfully able to clean 10 million cubic metres of air daily. But our product will be to clean three times of that number,” he said.

“The purifier will be different from China's Smog Tower in the sense that it won't depend on the ionisation technique to clean the air,” he added.

The ionisation of air, according to Puri, does not eradicate the pollutants but works by separating the pollutants from the oxygen, which could be a part of the problem itself.

Kurin City Cleaner will use nine stages of physical filters to clean out 99.99 per cent pollutants from the air.

“We have been pitching the idea of city-level air cleaning to central as well as the state governments hoping to make a headway soon,” said Madhur Mehta, Co-Founder of Kurin Systems.

“We wish to show how tremendously effective this technology can be if used before things get out of hand. We can still save this city and this country and most importantly countless lives,” Mehta said.

“We use pre-filter to remove the visible (PM 10 & above) particles, then onto H14 grade HEPA filter that cleans out PM 2.5 particle (small particles) up to 99.99 per cent and lastly the activated carbon filter to remove all offset, volatile organic compounds (VOCs) and scents/smells,” said Puri.

There are nine filtration stages followed by centrifugal force in a way to maximise the clear air delivery rate of the entire tower.

Puri noted that the tower can be completed within four months of getting it sanctioned from the authorities.

The expected price range of the purifier would be between 1.75 crores to two crores per tower, he said.

“Not only is our device cheaper than existing devices being used in other parts of the world which cost around USD 300,000 it also cleans many more times than the ionisation towers,” Puri said.

He noted that most international chains sell devices off the assembly line, making them the same for every country.

“India, and especially Delhi, is unique being the most polluted city in the world. We wanted to create a device for the Indian market that could actually get rid of all the pollutants,” Puri noted.

The company has scale models ready that can be tested in any environment with PM levels as high as 2000, he said.

Kurin has tested the technology at the centre of the purifier in one of their at-home devices. Before filing the patent the device was scaled up to measure its effectiveness.

“We created a six-foot-tall model using the core technology and found out that it works great. To be doubly sure, we gave samples to hospitals, veterinaries, commercial spaces and to people living around Anand Vihar and in Ghaziabad to test out the device in the toughest situations,” Puri added.