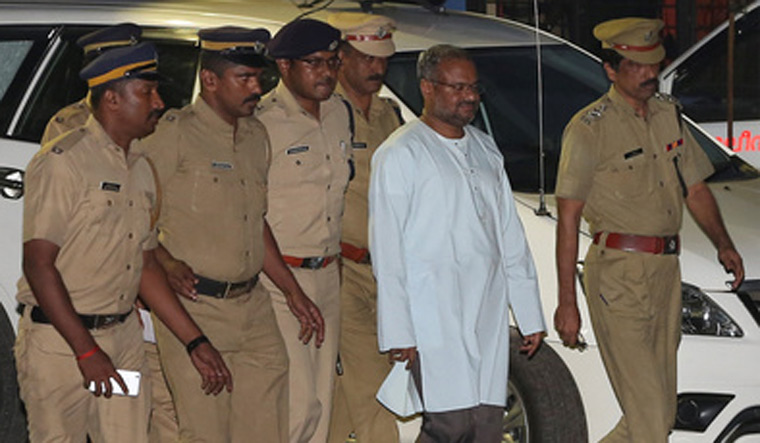 (File) Bishop Franco Mulakkal, accused of raping a nun, is escorted by police outside a crime branch office in Kochi | Reuters

The Kerala High Court on Wednesday rejected the bail plea of Bishop Franco Mulakkal who is accused of sexually assaulting a nun.

Bishop Mulakkal was arrested on September 21 amid mounting public outrage over allegations of repeatedly raping the nun. A magisterial court had on September 24 remanded Mulakkal to 12 days in judicial custody.

In its remand report submitted in the court, police had said the nun was abused by Mulakkal at the guest house of St Francis Mission Home in Kerala between 2014 and 2016.

In her complaint to the Kottayam police in June, the nun had alleged that Mulakkal raped her at a guest house in Kuravilangad in Kottayam in May 2014 and later sexually exploited her on several occasions.

The nun said she had approached the police as the Roman Catholic Church authorities did not act on her repeated complaints against Mulakkal.

Mulakkal, however, has denied the charges.