We will not stop women from entering Sabarimala, says temple's priest

Kandararu Rajeevaru, however, says it is not easy for women to climb the hill 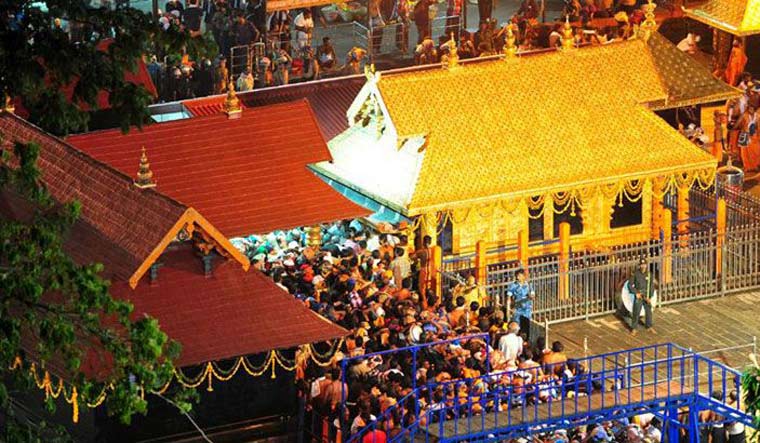 After a five-judge Constitution bench of the Supreme Court, led by Chief Justice Dipak Misra, lifted the ban on entry of women of menstrual age into the Sabarimala temple in Kerala, the temple tantri (priest) Kandararu Rajeevaru said he respects the court verdict and added that he would help in the implementation of the same.

Rajeevaru told THE WEEK: "I am sad that the verdict came in this manner. But now, we will respect it and make arrangements, along with the Travancore Devaswom Board [which runs the shrine], for women of all ages to enter Sabarimala. We will not stop women from entering Sabarimala. Nobody will."

Rajeevaru, however, said that it is not easy for women of all ages to climb Sabarimala. "They will have to face so many difficulties. But let us see what can be done. We have no other option but to follow the court order," he said.

For hundreds of years, women of menstrual age were restricted from entering the hill shrine, as the presiding deity, Lord Ayyappa, is considered to be a celibate. The apex court has now said that such a custom is similar to untouchability.

Said Justice Misra, "Lord Ayyappa is not a separate denomination. All devotees are equal and there cannot be any discrimination on the basis of gender. Rules based on biological characteristics will not muster Constitution."

Lawyers, representing the temple board and members of the the tantri family, had told the apex court that the ban was not anti-women and was accepted by women in Kerala. They requested the court to stay away from pronouncing judgments on sensitive religious matters. Now, some members of the TDB want a review petition to be filed against the verdict. Sources, however, say there are less chances of such petitions being admitted.

Earlier, the Left Democratic Front government in Kerala had told the court that it favoured the entry of women. In the verdict, the lone woman in the five-judge Constitution bench, Justice Indu Malhotra, dissented, saying the court should not interfere in religious practices.

Said actor Padmapriya to THE WEEK, "It is definitely a welcome step. I have never been to Sabarimala but would love to go there. But women who choose not to go to Sabarimala should also be respected for their faith."

Even after today's verdict by the top court, many Malayali women said they are not ready to go to Sabarimala and want to follow the customs as is prevalent now.

Annapurna K. Madhu, an MD student from Kannur, felt that one's belief is sacrosanct. "Age-old religious customs should continue if it is not causing any harm to anyone," she said.

Devina B., a businesswoman in Bengaluru, said that the whole case against the practising rituals in Sabarimala was hijacked by people who knew nothing about Sabarimala. "The customs in Sabarimala should have continued," she said.

Spiritual leader Jaggi Vasudev said one's gender is of consequence only in certain private spaces like the bathroom and bedroom. "Everywhere else, including temples, it should not even matter," he said.