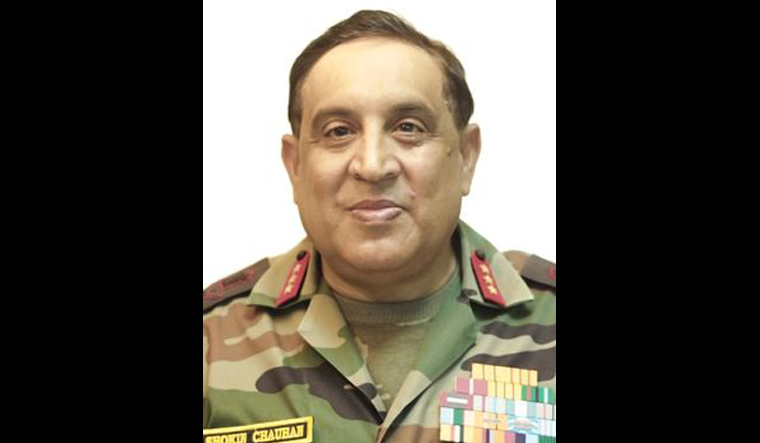 Former director general of Assam Rifles Lt. Gen Shokin Chauhan will be taking over from Pathak after formal orders are issued by the Union home ministry. Top government officials confirmed the development saying the formal orders will be issued in a day or two.

The CFMG chairman has a tedious job of ensuring that the agreed ground rules during the operation of ceasefire with Naga insurgent outfits like NSCN (IM), GPRN/NSCN and NSCN (R) in Nagaland are not violated.

The move is being seen as a morale booster for the Assam Rifles operating in Nagaland which has witnessed a spate of attacks on its personnel by the Naga insurgents in the last few months.

The new appointment also comes at a time when the Centre and the NSCN (IM) are fine tuning a peace agreement taking into confidence other groups as well.

Pathak has successfully steered the dialogue forward with the Naga outfits laying across their concerns through regular meetings. Rival factions have come together to cooperate with him in the last two years.

Pathak took the concerns of the outfits from Kohima, where the CFMG chairman is based, to New Delhi while acting as the government’s right hand in matters of security and deployment of forces in the insurgency affected area.

A 1979 batch IPS officer, D.K. Pathak was appointed as the CFMG chairman in 2016 when the Modi government signed the historic framework agreement with the biggest insurgent outfit NSCN (IM) raising hopes of a peaceful solution.

It will now be the mandate of Lt Gen Chouhan to maintain the peace dialogue with the outfits, especially when the Naga peace talks have reached a crucial juncture with the leaders of insurgent outfit keen on fructifying a peace deal which once seemed a distant dream.

The Naga insurgency is the longest running insurgency in the country. Though the talks are at a conclusive stage today, the ball is in the court of the government which needs to take a final call.

Pathak had succeeded Lt Gen (retd.) N.K. Singh in 2016, and it was the first time that a police officer had been appointed to the post which was traditionally held by army officers. Pathak was reporting to the home ministry and was coordinating with the army, paramilitary forces and state government. The signal that had been sent out in 2016 was positive. Now once again, as an army officer takes over as CFMG Chairman, the insurgent groups are watching closely.

The Naga groups are waiting to hold their first meeting with Gen Chouhan which is expected to take place as soon as he takes charge.