However, water level is rising continuously outside airport premises 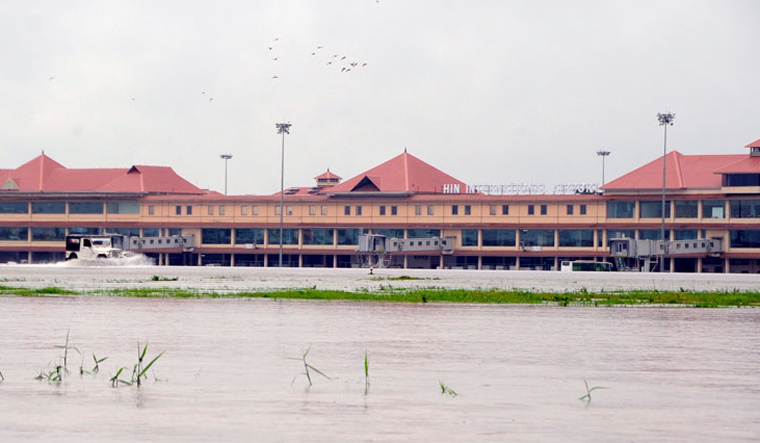 The airport authorities said there was no reason for panic and the suspension of operations was only a 'precautionary' measure. CIAL opened a control room for passengers (0484-3053500).

However, water level is rising continuously outside CIAL premises after one of the shutters of the Idukki dam was lifted on Thursday.

The arrivals were halted temporarily since 1 pm on Thursday after a special coordination meeting was convened by the CIAL Managing Director as per instructions received from the District Disaster Management Authority of Ernakulam.

In addition, it was informed that all diversionary airfield services to the Kochi airport were halted till 12 noon on Friday.

Earlier in the day, the Kerala government opened the shutters of the Cheruthoni dam in Idukki district that led to rise in water-levels in the downstream areas. This was in addition to the Idamalayar dam shutters being raised early on Thursday morning, that led to localised flooding in the Aluva area of Ernakulam district. Nedumbassery, where CIAL is situated, is adjacent to Aluva.

In 2013, too, the Kochi airport was shutdown for a few days in a similar situation. In case of a shutdown, all arrivals might be directed to airports in Kerala capital Thiruvananthapuram and Kozhikode.