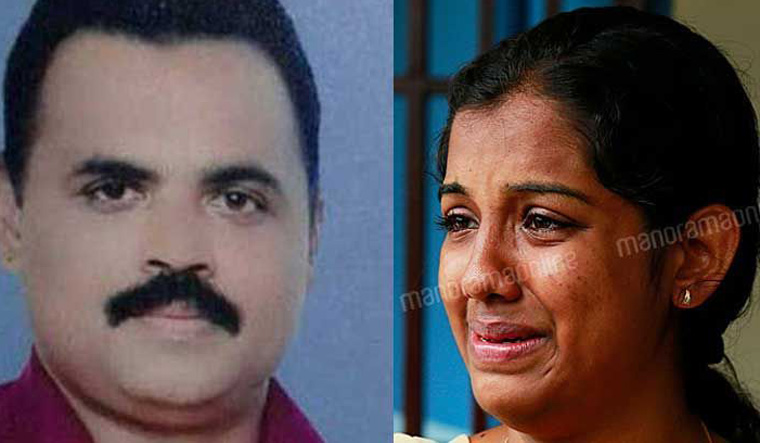 Chacko, accused in the alleged honour killing of Kottayam youth Kevin P. Joseph, has moved the court seeking custody of his daughter Neenu.

The 20-year-old college student has been living at her deceased fiance Kevin's house since he was abducted and killed on May 28 by a gang allegedly on Neenu's family's instructions.

Neenu's father Chacko and brother Syanu Chacko were nabbed by the police from Kerala's Kannur recently.

"Neenu and Kevin are not legally married. Therefore, Neenu is staying at another person's house," Chacko's advocate contended in court. "Neenu's father is her legal guardian. Since Chacko is in jail, Neenu should be put up in some care home. If needed, she should be given medical care," the lawyer said.

The court has accepted the plea and deferred it for hearing.

Kevin, 23, was abducted on May 27 from Kottayam by a gang led by Syanu. Kevin's body was recovered from a river in Kollam district the next day.

Kevin's relatives had alleged that he was tortured and killed two days after he and his fiance filed a joint application for marriage registration at a sub-registrar office near Kottayam. In all, 14 people have been named as accused in the case. Though Neenu's mother has also been named as accused, she is absconding. Blaming her parents for their role in the murder, Neenu had claimed that she was Kevin's wife and would live with at his house from now on.