What Centre, Bharat Biotech said about reports of 'rushed' Covaxin approval due to 'political pressure'

Bharat Biotech condemned the "targeted narrative" against the vaccine 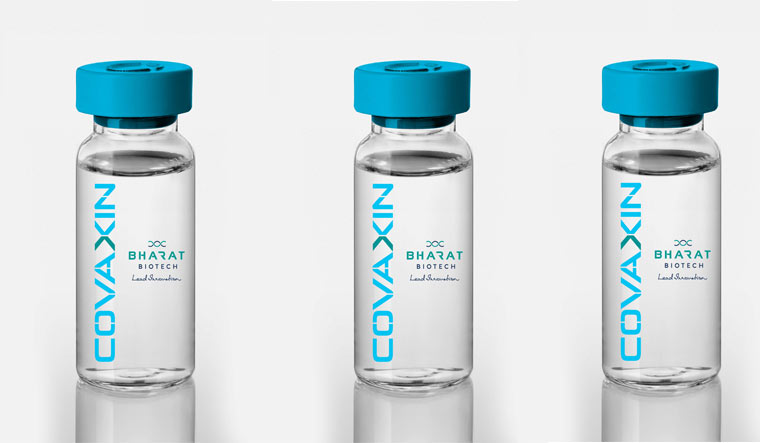 Amid reports that the regulatory approval for indigenous Covid-19 vaccine Covaxin, developed by Hyderabad-based Bharat Biotech, was rushed due to political pressure, the Health Ministry slammed the “completely misleading” allegations. In a statement released on Thursday, the Union Health Ministry said a scientific approach was followed in approving vaccines for emergency use.

According to an investigative report published by STAT, an American health news website, there were several irregularities in the three phases of clinical trials conducted for the vaccine. With reference to the number of participants for the trials, the STAT report stated: “In reviewing the documents, there was a clear discrepancy in the number of enrollees. In reporting the Phase 1/2 data, the protocol stated 402 participants were given the first dose and 394 got the second dose. But results published in Lancet Infectious Diseases in January 2021 stated 375 people were given a first dose and 368 received a second dose.”

The reports also stated that CDSCO expert committee allowed the trial to continue to Phase 2 based on animal studies because the “immunogenicity data from the Phase 1 stage of the trial had not been evaluated and, therefore, was not ready to be presented.” Quoting Krishna Mohan, one of Bharat Biotech's directors, the report stated that “speed was dictating (our actions) and as data was coming along, we were getting (more) comfortable.”

What did the Health Ministry say

"These media reports are completely misleading, fallacious and ill-informed.It is clarified that Government of India and the national regulator i.e. CDSCO have followed a scientific approach and prescribed norms in approving COVID-19 vaccines for emergency use authorisation," the ministry stated.

It further stated: “The Subject Expert Committee (SEC) of the Central Drugs Standard Control Organisation (CDSCO) met on January 1 and 2, 2021 and after due deliberations made recommendations in respect of proposal for Restricted Emergency Approval of COVID-19 virus vaccine of Bharat Biotech.”

Before Covaxin was approved for restricted emergency use in January 2021, the Subject Expert Committee reviewed the data on safety and immunogenicity of the vaccine and recommended for grant of permission for restricted use in emergency situation in public interest as an abundant precaution, in clinical trial mode, to have more options for vaccinations, especially in case of infection by mutant strains.

The SEC's approval for commencement of phase 3 clinical trial of proposed dose of Covaxin was based on scientific data presented by Bharat Biotech and established practices in this regard, the ministry said.

The vaccine maker condemned the "targeted narrative" against the vaccine put forth by a “select few individuals and groups who have no expertise in vaccines or vaccinology”. "There was no external pressure to accelerate development of Covaxin," it said, adding the pressure was all internal to develop a safe and effective vaccine for the Covid-19 pandemic, to save lives and livelihoods in India and globally.