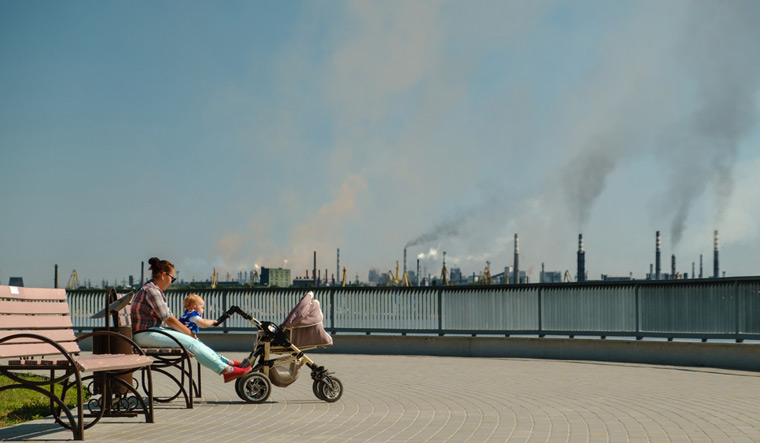 It might seem reasonable to think air pollution is only a problem when the sky is thick with brown smog. But a new study is further proof the problem starts much earlier and well below the minimum air-quality standards.

Worse, the research shows the negative effects increase most rapidly at lower levels of exposure. And they hit poorer people hardest.

The policy implications of these findings are critical: there is no safe amount of air pollution. Treating reference standards as a licence to pollute up to those concentrations and a free pass to allow continued emissions below those concentrations cannot be accepted based on the current evidence.

Air-pollution regulations, such as those in the United States, do not provide enough protection from worsening symptoms of asthma, according to a 2022 US study on the relationship between pollution levels and asthma-related hospitalisations for people on Medicaid. Described by the study's researchers as the most disadvantaged population in the United States, Medicaid recipients include people on very low incomes, people with disabilities and people aged over 65.

The study investigated the exposureresponse relationship between exposure to pollutants and people's health response. It found increased concentrations of nitrogen dioxide and fine particulate matter were associated with an increased risk of hospitalisation for asthma over the following six days after exposure.

Importantly, the study showed that the increased risk of hospitalisation for each unit increase in pollutant exposure was greatest for those people whose exposure levels were well below the existing US minimum air-quality standard. In general, the effect was the same regardless of differences in individual characteristics, except it was stronger in people who had only had a single admission to hospital than in those with multiple previous admissions.

Some characteristics of communities made them more susceptible to the negative effects of both pollutants: low population density, higher average body mass index, greater distance to the nearest hospital, and greater neighbourhood disadvantage.

The study has two important implications. First and perhaps surprisingly the slope of the exposureresponse relationship is steeper at lower degrees of exposure. The response is strongest at lower levels of exposure. Second, in policy terms there are substantial benefits in reducing exposure to air pollution, and in preventing increases in exposure, even at concentrations well below reference standards or proposed thresholds.

The present study joins several others that did not find a concentration below which negative health effects from air pollution do not occur. Steeper slopes at lower concentrations of fine particulates have also been demonstrated for daily mortality and for cardiovascular hospitalisations.

A link between the risk of death from all causes and long-term exposure to both fine particulates and nitrogen dioxide has been demonstrated in places such as Australia that have relatively low-range exposure without evidence of a safe' lower threshold and with evidence of a steeper slope at lower concentrations. Both lifetime cumulative exposure and current exposure to nitrogen dioxide that are well below usual reference standards affect Australian primary-school children's risk of having asthma.

The finding that those living in disadvantaged neighbourhoods were at greatest risk of experiencing more asthma hospitalisations when exposed to higher amounts of air pollution is important. It supports evidence of a similar interaction in relation to the negative impact of air pollution on risk of stroke and represents an effect that is over and above the association between disadvantage and the risk of higher air-pollutant exposures. Researchers are still working to pinpoint the mechanism that drives this association, but the link is clear.

Transport, industry and planning decisions need to consider the importance of minimising exposure to pollutants and the need to avoid any increases in these emissions, particularly where vulnerable populations may be exposed. Concern about vulnerable populations, particularly those who are disadvantaged, but also the very young and the very old and those with preexisting health conditions, has important implications for decisions on the location of sensitive facilities such as schools, aged-care facilities and hospitals.

This is an immense challenge. Human-made emissions of fine particulate matter and nitrogen dioxide exist in just about every part of the world, with transport, agriculture, energy, mining and construction sectors all playing a role. The good news is the actions to reduce carbon pollution (to combat global warming) and those required to ensure clean, safe air share benefits. As a global community, we need to do all we can to achieve these benefits.