OPINION: Leveraging innovative technologies is the key to AMR mitigation

AMR is mostly associated with the overuse of antibiotics in humans 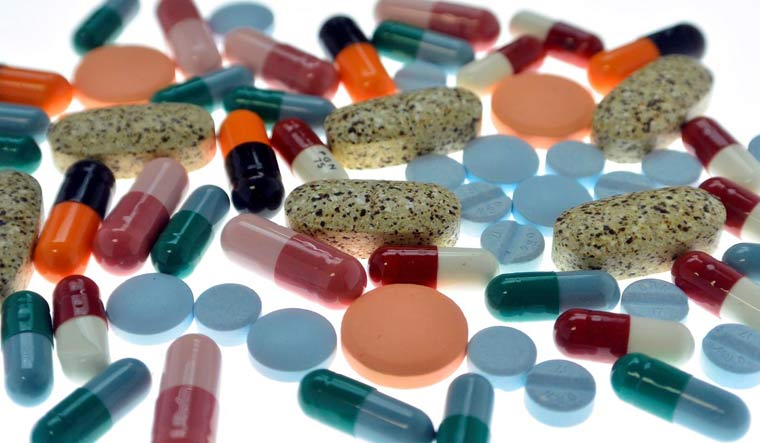 Covid-19 brought the world to its knees. While we recover from the pandemic, we must not lose sight of another large pandemic - Antimicrobial Resistance (AMR). Ever since the discovery of penicillin by Alexander Fleming in 1928, the healthcare industry has been revolutionised by the use of antimicrobial agents. Consequently, many bacterial and viral diseases that were considered fatal a century ago, are no longer considered a health threat.

However, this has also led to the overuse and misuse of antimicrobials like antibiotics. This unprecedented consumption of antimicrobial agents has led to the proliferation of AMR. Several countries such as Uganda and England have reported increasing instances of infections that are resistant to antibiotics. Already recognised by the World Health Organization (WHO) as one of the top 10 public health threats facing humanity, AMR directly accounted for 1.27 million deaths in 2019.

AMR is mostly associated with the overuse of antibiotics in humans. However, it also has several drivers across the animal and environmental front. These include the misuse of antibiotics for growth promotion and disease prevention in poultry, aquaculture, and livestock sector and the dumping of untreated effluents into the environment. All of these are collectively accelerating the spread of AMR. While the government has come up with several initiatives on the human and the animal front, like the Red Line Campaign and the ban on the use of Colistin in the poultry and livestock sector, the environmental spread of AMR has often been neglected.

The untreated effluents discharged from farms, factories, and hospitals comprising heavy metals and potent pharmaceutical compounds into the rivers have disastrous ramifications. Rivers have long been called the lifelines of India. The river water supports the marine ecosystem and is also used for irrigation in agriculture, washing clothes, consumption, and recreational purposes. Additionally, the water from the riverbanks seeps into the soil, impacting plant health and polluting groundwater. Hence the contamination of the river ecosystem can prove fatal to humankind. Several studies have already reported the presence of toxic chemicals, heavy metals, and pharmaceutical compounds in Ganga, Orsang, Vashisthi, Sirsa, and Sabarmati, thereby indicating the vast expanse of pollution in our rivers.

There is thus an urgent need to draw attention to and undertake measures to restore the health of our rivers. Innovative technologies can plan an instrumental role in revitalising the rivers. However, conventional techniques such as biodegradation, filtration, precipitation, and some established recovery processes such as electrochemical treatment, ion-exchange treatment, and membrane bioreactors are used to remove effluents and sediments salts from the wastewater. However, removing heavy metals, antibiotics, and pathogens from contaminated water remains challenging. Ecological changes and the survival instinct in bacteria lead to AMR. Thus, the elimination of AMR is one of the major challenges for the scientific community.

The application of nanomaterials is a promising method for wastewater treatment. Nanomaterials relate to the high specific surface area, fast dissolution, high reactivity, strong sorption, superparamagnetic, localised surface plasmon resonance, and quantum confinement effect, which confine as the basic reason behind nanofiltration. Antibacterial nanomaterials and nanofiltration enhance the disinfection process and reduce the regrowth of pathogens in the water, especially the drinking water, compared to other conventional methods. The nano adsorbents invented by Dr Niraj Sinha and me have increased active sites and increased adsorption kinetics. They offer significant improvement with their application in water remediation and feasibility in synthesis, long stability, biocompatibility, cost-effectiveness, and efficacy in removing pathogens from drinking water. In my opinion, the nano adsorbents are fabricated to remove the antibiotic and metal resistant bacteria selectively from drinking water that can mutate and regrow if left unattended. They have regenerative properties and are eco-friendly. This makes nano adsorbents an efficient tool for water remediation in the near future.

The development and application of such technologies can thus go a long way in mitigating AMR. The complex issue of AMR requires greater collaboration and cohesive efforts between its stakeholders. The various government ministries such as chemicals and fertilizers, heavy industries, environment, animal husbandry, livestock, should come together to formulate stringent regulations that should be implemented in letter and spirit. Additionally, the government should support academia in the development of technologies. Measures should also be undertaken to ensure easy installation and reduced cost of compliance so that these technologies have wide applicability. Consequently, the industry should be encouraged to adopt these technologies.

The policymakers, healthcare experts, citizens, environmentalists, and industry players need to come together in the fight against AMR. National and international bodies can devise collective policies since, like Covid-19, AMR doesn’t respect borders and knows no boundaries. The spread of AMR can undo the years of progress made by modern medicines. It is, thus, essential to ensure that the path shown by Fleming is not rendered useless.