Despite WHO advice, Uttarakhand and Goa turn to Ivermectin in fight against COVID-19

The WHO, FDA and EMA have all advised against using it to treat COVID-9 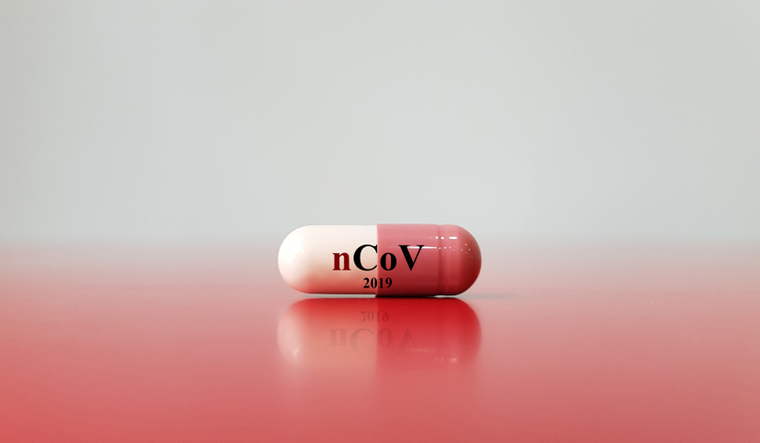 On May 12, Uttarakhand became the third state in India to look to Ivermectin as a strategy against COVID-19, announcing it would be distributed among residents following the recommendations of a state-level clinical technical committee.

The panel has recommended the Ivermectin tablet as mass chemoprophylaxis to effectively control the surge of COVID-19 infection apart from the vaccination drive, the order said. The 12 mg tablets of the drug will be distributed in a kit to all families through the health department and district magistrates.

The Uttarakhand government's announcement comes after Goa and Karnataka issued similar directions. Karnataka, too, has ordered ten lakh tablets of the drug.

Bajaj Healthcare in May launched ivermectin tablets under the brand name “ivejaj” prompting its shares to reach a 52 week high.

What has the WHO said about ivermectin

Citing the findings of a guideline development group that was formed after the increased international attention on ivermectin as a COVID-19 treatment, WHO said, “The group reviewed pooled data from 16 randomized controlled trials (total enrolled 2407), including both inpatients and outpatients with COVID-19. They determined that the evidence on whether ivermectin reduces mortality, need for mechanical ventilation, need for hospital admission and time to clinical improvement in COVID-19 patients is of “very low certainty,” due to the small sizes and methodological limitations of available trial data, including small number of events.

The US FDA has also advised against the drug, which is primarily used in animals.

“FDA has not approved ivermectin for use in treating or preventing COVID-19 in humans. Ivermectin tablets are approved at very specific doses for some parasitic worms, and there are topical (on the skin) formulations for head lice and skin conditions like rosacea. Ivermectin is not an anti-viral (a drug for treating viruses).”

“Taking large doses of this drug is dangerous and can cause serious harm...If you have a prescription for ivermectin for an FDA-approved use, get it from a legitimate source and take it exactly as prescribed.

Never use medications intended for animals on yourself. Ivermectin preparations for animals are very different from those approved for humans,” the FDA wrote.

The European Medicines Agency has also advised against the drug’s use outside of randomised clinical trials.

What did the recent study backing the drug say?

A study that has been called the most comprehensive review yet of the drug, published in the American Journal of Therapeutics, found a large, statistically significant reduction in mortality, time to recovery, and viral clearance in COVID-19 patients treated with ivermectin.

Led by the Front Line COVID-19 Critical Care Alliance (FLCCC), a group of medical and scientific experts, the study conducted trials including almost 2,500 patients. Their observation was that the drug was a highly effective and safe prophylaxis, that is, a preventative measure, against COVID-19.

“We are calling on regional public health authorities and medical professionals around the world to demand that ivermectin be included in their standard of care right away so we can end this pandemic once and for all," said Paul E. Marik, founding member of the FLCCC and Chief, Pulmonary and Critical Care Medicine at the Eastern Virginia Medical School.

However, in February, Merck—the pharmaceutical firm that makes the drug—said its own analysis had identified no scientific basis for a potential therapeutic effect against COVID-19, based on pre-clinical studies. IT said there was a no meaningful evidence for clinical activity or clinical efficacy in patients with COVID-19 disease, and that there was a a concerning lack of safety data in the majority of studies.

How is the drug being administered in India

Usually, Ivermectin tablets have to be taken by adults and those above 15 years twice daily for three days after breakfast and dinner. One person will thus need six tablets and a family of four will need 24 tablets. Hence, each kit will contain two dozen tablets, the order said.

Children between 10-15 years will take only one tablet daily whereas those aged between 2 to 10 years can be administered the drug only after doctor's advice. The tablet cannot be given to children below two years, pregnant women and those suffering from liver diseases, it said.

The kit will come with directions on how to consume the medicine and dosage for different age groups. Information related to the daily distribution of the kits should be sent to the state nodal officer, the order said.

Goa Health Minister Vishwajit Rane had on Monday said all people above 18 years will be given Ivermectin drug irrespective of their coronavirus status to bring down the number of deaths due to the viral disease.

Rane had said that people will be given Ivermectin 12 mg for five days as expert panels from the UK, Italy, Spain and Japan have found a statistically significant reduction in mortality, time to recovery and viral clearance in COVID-19 patients treated with this medicine.

On Tuesday, Karnataka Deputy Chief Minister and state's COVID task force head C N Ashwath Narayan said 10 lakh Ivermectin tablets have been procured and their supply will begin on May 14.