World Sleep Day: Five reasons you should not skip a good night’s rest 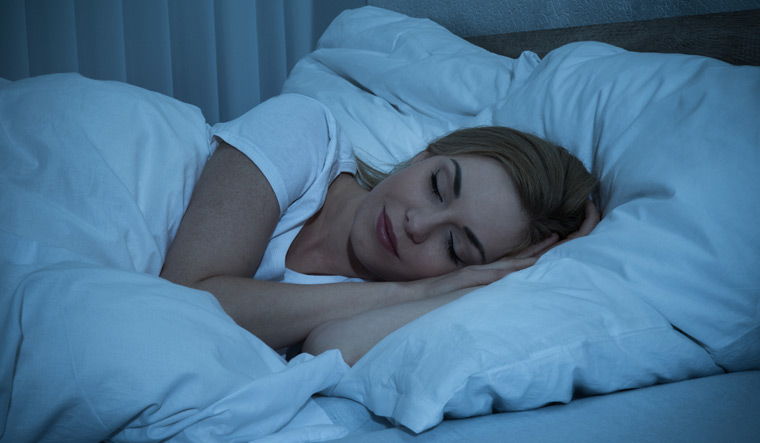 A lot of people would say that they love to sleep. But how many love it enough to start a society around it?

To know why March 19 is celebrated as World Sleep Day, one must turn to the event’s creator, the World Sleep Society, founded by the collaboration of the World Sleep Federation (WSF) and World Association of Sleep Medicine (WASM) in 2016. The WSF itself dates back to 1988 and the WSS itself includes 53 sleep societies and organisations from across the world.

Sleep is important. A lack of sleep can lead to physical and psychological conditions, affecting one’s well-being and ability to function. This is why a global network of sleep-advocating organisations exists to advocate research into sleep and its many benefits. As the mission statement for World Sleep Day states: “World Sleep Day is an annual event to raise awareness of sleep disorders and the burden that they place on society. World Sleep Day 2021 will be held on Friday, March 19, 2021.”

The optimal hours of sleep a healthy adult should get is between 7-8 hours. Sleep disorders like chronic insomnia can affect as many as one in three people in India. The pandemic has only worsened the situation: One literature review found that possibly up to 40 per cent of the general population in 13 countries had sleep problems during the COVID-19 pandemic.

There are a host of reasons why you should take a lack of good sleep seriously. Here are five.

Sleep deprivation impairs your ability to block out negative thoughts

From regular bad memories to incidents of emotional trauma, there are many reasons to suppress certain thoughts that could have an effect on one’s mood. A 2020 study found that successful memory control was linked to getting sleep: Those who were sleep deprived were far less able to suppress such thoughts than those who were not.

It may also be a chicken and egg problem for some. Difficulty sleeping is one of the most common symptoms of clinical depression, a condition that necessitates talking to a psychiatrist or therapist.

While 2020 has made many of us late sleepers, there is still cause to try to wake in the morning and feel refreshed all day. Another 2020 study published in the American Heart Association’s journal Circulation found that healthy sleep patterns, that is rising in the morning, sleeping 7-8 hours a day and having no frequent insomnia snoring or excessive daytime sleepiness, was associated with a lower risk of heart failure.

Killing over 600,000 people a year in the US alone, heart diseases are the leading cause of the death worldwide, responsible for around 16 per cent of deaths globally. A good night’s sleep may end up protecting you against the deadliest killer out there.

Sleeping more may be good for academic performance

It’s a common mantra that you should get a good night’s rest before an important exam. Yet, many do not for precisely the reason that there is an exam the next day: They stay up late into the night and end up waking early to write the test. But a 2018 study found simply by delaying the start time of two high schools by an hour, lengthening the amount of daily sleep students could get by half an hour, helped decrease sleepiness and improve academic performance. Median grades went up by 4.5 per cent in the study, while punctuality and attendance also improved.

This study’s findings may have a chance of naturally replicating. 2020 saw many schools shutdown due to the pandemic. One study estimated that this led to a nearly two-hour increase in the amount of sleep of typically developing adolescents: They had longer sleep duration, improved sleep quality and less daytime sleepiness compared to those undergoing the regular school-time schedule.

Staying up late makes you more likely to underperform at work

The night owl life has become a cultural phenomena, especially with social media keeping many scrolling on their phones several hours past midnight. But a study comparing “night owls” and “morning larks” found that the former were twice as likely as the latter to underperform at work, as well as running a greater risk of retiring early due to disability.

Interestingly, however, such choices are not necessary voluntary. A person’s chronotype, their behavioural manifestation of underlying circadian rhythms, is a largely genetic factor—although environmental factors such as exposure to daylight, work schedules, and family life can also influence it.

Sleeping less can make you angrier

A study by Iowa State University researchers found that losing just two hours of sleep in a night can make you angrier, taking greater annoyance at small things. “Despite typical tendencies to get somewhat used to irritating conditions—an uncomfortable shirt or a barking dog – sleep-restricted individuals actually showed a trend toward increased anger and distress, essentially reversing their ability to adapt to frustrating conditions over time,” said said Zlatan Krizan, professor of psychology at the university.

There’s another real-world example of this phenomena: A study by Columbia University researchers found that when former President Trump slept late, he was more likely to send out “angry” tweets the next day. 2020 saw the frequency of his Twitter activity between 11pm and 2am increase by 317 per cent, occurring thrice a week. Analysis of his tweet language showed he was three times likelier to be “angry” the next day in his interviews and speeches. In addition, he got less like, retweets and replies to his tweets after a late night.