Homemade face masks become an essential accessory around the world 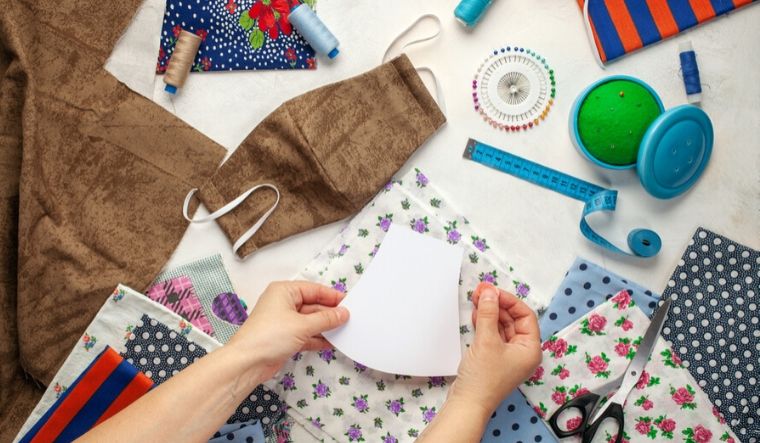 As homemade face masks become an essential accessory around the world to protect against the spread of coronavirus infections, a new UK study has found that reusable vacuum cleaner HEPA filter bags are among the most effective fabrics to use.

The University of Cambridge and Northwestern University research, reported in the journal BMJ Open' this week, also found that masks made of multiple layers of fabric and those which also incorporated interfacing, which is normally used to stiffen collars in shirts, also showed a significant improvement in performance.

The team tested the effectiveness of different fabrics at filtering particles between 0.02 and 0.1 micrometres about the size of most viruses at high speeds, comparable to coughing or heavy breathing. They also tested N95 and surgical masks, which are more commonly used in healthcare settings.

The research notes that N95 masks were highly effective, although a reusable HEPA vacuum bag even exceeded the N95 performance in some respects.

There was an initial panic around PPE [personal protective equipment] and other types of face masks, and how effective they were. As an engineer, I wanted to learn more about them, how well different materials worked under different conditions, and what made for the most effective fit, said Eugenia O'Kelly from the University of Cambridge Department of Engineering.

A mask which blocks particles really well but restricts your breathing isn't an effective mask. Denim, for example, was quite effective at blocking particles, but it's difficult to breathe through, so it's probably not a good idea to make a mask out of an old pair of jeans. N95 masks are much easier to breathe through than any fabric combinations with similar levels of filtration, she explains.

Previous studies have mostly looked at a small selection of fabrics when the wearer is breathing normally, when particles are expelled at a lower speed. The researchers said that studying more fabrics and testing them at higher speeds provides a more robust evidence base for the effectiveness of fabric masks.

The researchers also studied the performance of different fabrics when damp, and after they had gone through a normal washing and drying cycle.

They found that the fabrics worked well while damp and worked sufficiently after one laundry cycle, however, previous studies have shown that repeated washing degrades the fabrics, and the researchers caution that masks should not be reused indefinitely.

For their study, O'Kelly and her colleagues built an apparatus consisting of sections of tubing, with a fabric sample in the middle.

Aerosolised particles were generated at one end of the apparatus, and their levels were measured before and after they passed through the fabric sample at a speed similar to coughing. The researchers also tested how well each fabric performed in terms of breathing resistance, based on qualitative feedback from users.

In preparation for the study, the researchers consulted with online sewing communities to find out what types of fabric they were using to make masks. Due to the severe shortage of N95 masks at the time, several of the sewers reported that they were experimenting with inserting vacuum bags with HEPA filters into masks.

The researchers found that single-use and reusable vacuum bags were effective at blocking particles, but caution that the single-use bags should not be used in face masks, as they fall apart when cut, and may contain component materials which are unsafe to inhale.

It's a matter of finding the right balance we want the materials to be effective at filtering particles, but we also need to know they don't put users at risk of inhaling fibres or lint, which can be harmful, said O'Kelly.

The researchers caution that their study has several limitations: namely, that they did not look at the role which fit plays in filtering particles.

In a related project, O'Kelly has been studying how the fit of masks in healthcare settings can be improved.

In addition, many viruses are carried on droplets which are larger than those looked at in the current study.

However, O'Kelly says the results may be useful for sewers and makers when choosing which fabric to use for making masks.

We've shown that in an emergency situation where N95 masks are not available, such as in the early days of this pandemic, fabric masks are surprisingly effective at filtering particles which may contain viruses, even at high speeds, she said