Send 'selfies' to your doctor to diagnose heart disease! 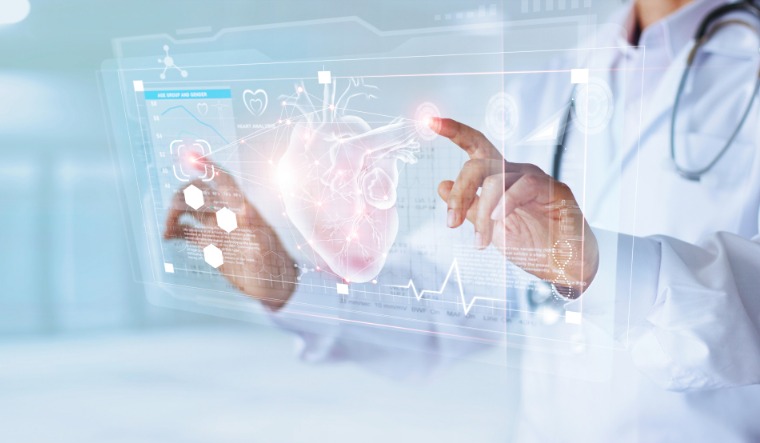 Analysing four photographs of a person's face from selfies could be a cheap and simple way of detecting heart disease, according to a new study.

The study, published in the European Heart Journal, is the first to show that it is possible to use a deep learning computer algorithm to detect coronary artery disease (CAD).

The researchers say it has the potential to be used as a screening tool that could identify possible heart disease in people in the general population or in high-risk groups, who could be referred for further clinical investigations.

"To our knowledge, this is the first work demonstrating that artificial intelligence can be used to analyse faces to detect heart disease. It is a step towards the development of a deep learning-based tool that could be used to assess the risk of heart disease, either in outpatient clinics or by means of patients taking 'selfies' to perform their own screening. This could guide further diagnostic testing or a clinical visit," said Professor Zhe Zheng, who led the research and is vice director of the National Center for Cardiovascular Diseases and vice president of Fuwai Hospital, Chinese Academy of Medical Sciences and Peking Union Medical College, Beijing.

It is known already that certain facial features are associated with an increased risk of heart disease. These include thinning or grey hair, wrinkles, ear lobe crease, xanthelasmata (small, yellow deposits of cholesterol underneath the skin, usually around the eyelids) and arcus corneae (fat and cholesterol deposits that appear as a hazy white, grey or blue opaque ring in the outer edges of the cornea). However, they are difficult for humans to use successfully to predict and quantify heart disease risk.

Prof. Zheng, Professor Xiang-Yang Ji, who is director of the Brain and Cognition Institute in the Department of Automation at Tsinghua University, Beijing, and other colleagues enrolled 5,796 patients from eight hospitals in China to the study between July 2017 and March 2019. The patients were undergoing imaging procedures to investigate their blood vessels, such as coronary angiography or coronary computed tomography angiography (CCTA). They were divided randomly into training (5,216 patients, 90 per cent) or validation (580, 10 per cent) groups.

Trained research nurses took four facial photos with digital cameras—one frontal, two profiles and one view of the top of the head. They also interviewed the patients to collect data on socioeconomic status, lifestyle and medical history. Radiologists reviewed the patients' angiograms and assessed the degree of heart disease depending on how many blood vessels were narrowed by 50 per cent or more (≥ 50per cent stenosis), and their location. This information was used to create, train and validate the deep learning algorithm.

The researchers then tested the algorithm on a further 1,013 patients from nine hospitals in China, enrolled between April 2019 and July 2019. The majority of patients in all the groups were of Han Chinese ethnicity.

"The algorithm had a moderate performance, and additional clinical information did not improve its performance, which means it could be used easily to predict potential heart disease based on facial photos alone. The cheek, forehead and nose contributed more information to the algorithm than other facial areas,” said Prof. Ji.

"Our ultimate goal is to develop a self-reported application for high-risk communities to assess heart disease risk in advance of visiting a clinic. This could be a cheap, simple and effective of identifying patients who need further investigation. However, the algorithm requires further refinement and external validation in other populations and ethnicity ties," said Prof. Zheng.