How coronavirus kills: Tracking its murderous trail inside the human body

How the virus turns our body against itself, and why men are more vulnerable 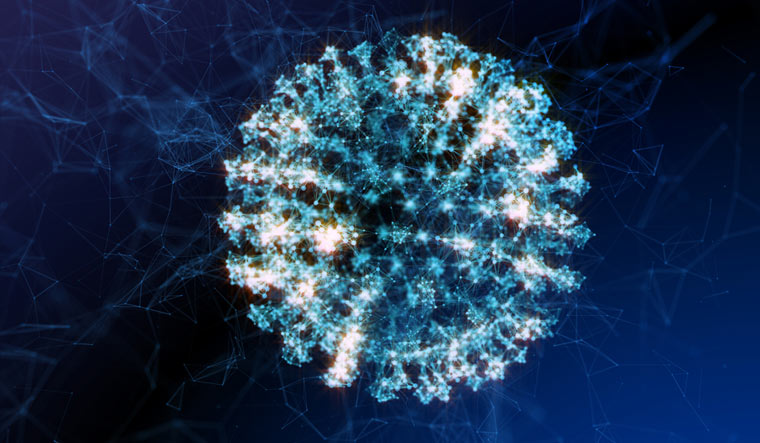 When SARS-CoV-2, the novel coronavirus, enters your body, it binds itself to tissues with high concentration of angiotensin-converting enzyme II (ACE2), high levels of which are present in the lungs. ACE2 is a receptor on the surface of the cells, connecting the outside through the cell membrane to the insides of the cell. The S-protein on the surface of the virus (the same ones that give the virus its signature crown shape) bind to the ACE2 receptor. To make a long story short, this allows the virus to enter, infect and hijack the healthy cells; from there, it multiplies.

Scientists have speculated that this could be one of the reasons why men are more more vulnerable to the coronavirus; tests have found higher ACE2 concentrations in men.

There are many unknowns surrounding the coronavirus. One, of course, is its origins: Scientists recently identified a close relative of SARS-CoV-2 in bats, which could be evidence how the virus disease evolved naturally. While researchers consider bats the most likely natural hosts for the virus, the origins of the virus are still unclear, with some suggesting other sources like pangolins.

Another topic not fully understood is the virus's rampaging impact on the body; Science Magazine had codified the head-to-toe impact of COVID-19, starting from brain inflammation to conjunctivitis, loss of smell, cardiac inflammation, struggling liver and kidney damage. A recent study, conducted by the journal Nature Medicine, on human and bat organoids, found that the virus was capable of affecting even the intestinal tracts.

How a coronavirus kills

A 2016 research study published by the National Center for Biotechnology Information (NCBI) on the 1918 H1N1 or the H5N1 influenzas virus pinpointed an excessive inflammatory reaction known as the "cytokine storm". In simplest terms, cytokines are proteins that signal cells on how to modulate immune system responses. When a foreign agent attacks our body, our immune system fights back; a cytokine storm, to put it simply, is when the immune system goes berserk, misidentifying tissues within the body as invaders. In other words, the inflammatory response of the body goes completely haywire, and the body is turned against itself.

This is also the modus operandi of the coronavirus. In a study published in the journal Frontiers in Public Health, the researchers noted that the coronavirus infected the airways, multiplied inside cells, and, in severe cases, caused the immune defences to overshoot with a cytokine storm. Studies have now identified cytokine storms as significant reasons of mortality in the 1918 Spanish Flu, the H1N1 swine flu and H5N1 bird flu.

According to the study, White Blood Cells (WBCs) are misdirected to attack and inflame even healthy tissue, leading to failure of the lungs, heart, liver, intestines, kidneys, and genitals (Multiple Organ Dysfunction Syndrome, MODS). "This may worsen and shut down the lungs (Acute Respiratory Distress Syndrome, ARDS) due to the formation of a so-called hyaline membrane, composed of debris of proteins and dead cells, lining the lungs, which makes absorption of oxygen difficult. Most deaths due to COVID-19 are therefore due to respiratory failure," according to the study.

The cytokine storm ultimately causes high fever, excessive leakiness of blood vessels, and blood clotting inside the body. It also causes extremely low blood pressure, lack of oxygen and excess acidity of the blood, and build-up of fluids in the lungs. "The rapidly increased cytokines attract an excess of immune cells such as lymphocytes and neutrophils, resulting in an infiltration of these cells into lung tissue and thus cause lung injury," according to study author Daishun Liu.

The researchers explained that in the absence of a specific antiviral cure for COVID-19, the goal of treatment must be to the fight the symptoms, and lowering the mortality rate through intensive maintenance of organ function. For example, an artificial liver blood purification system or renal replacement therapy can be used to filter the blood through mechanical means, they said.

Why the virus is more deadly for the elderly

A group of tiny molecules that attack invading viruses are diminished with age and chronic illnesses, according to a study which says this decrease may explain why older individuals are vulnerable to COVID-19. Researchers, including those from the University of Florida in the US, said microRNAs play a major role in controlling the activity of genes in the body, and are also on the front line when viruses enter cells.

The study, published in the journal Aging and Disease, noted that microRNAs latch onto and cut the RNA of invading viruses. However, with age and some chronic medical conditions, the attacking microRNA numbers dwindle, reducing our ability to respond to viruses, said Carlos M. Isales, study co-author from Augusta University in the US. The novel coronavirus is then better able to hijack the host cell machinery to replicate itself.

Many of these tiny RNA molecules are known to become diminished in number with age and with underlying medical conditions like diabetes and cardiovascular disease, the scientists said. The study noted that low numbers of the microRNAs are a factor in the increased disease presentation and death rates seen in such risk prone individuals. Citing an example, the researchers said microRNAs like miR-15b-5p, which has a high affinity for SARS-CoV-2, is produced less in people with coronary artery disease. In healthy, younger people, these are more apt to do as they should and prevent replication, noted study co-author Sadanand Fulzele from Augusta University.