Coronavirus can infect cells of the intestine, and replicate there too! 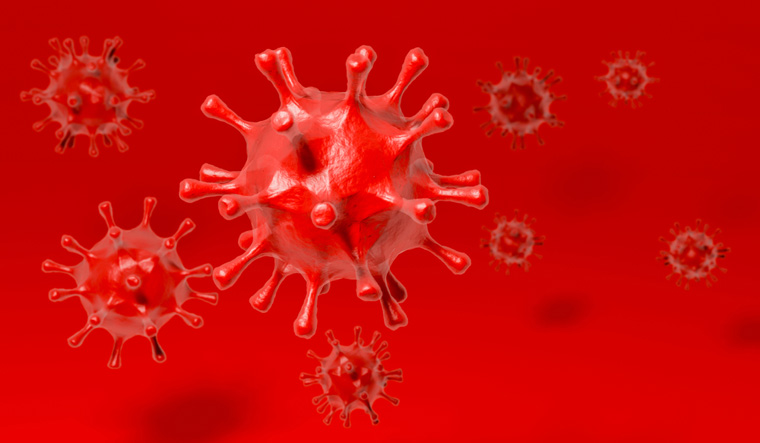 Medical researchers have found that SARS-CoV-2, which causes COVID-19, can infect cells of the intestine and multiply there. Patients with COVID-19 generally show a variety of symptoms associated with respiratory organs—such as coughing, sneezing, shortness of breath, and fever—and the disease is transmitted via tiny droplets that are spread mainly through coughing and sneezing. But about one third of the Covid-19 patients have shown gastrointestinal (GI) symptoms, such as nausea and diarrhea, as their symptom, with or without ever developing respiratory symptoms or even a fever.

Now researchers from the Hubrecht Institute in Utrecht, Erasmus MC University Medical Center Rotterdam, and Maastricht University in the Netherlands have found that the SARS-CoV-2 virus can directly infect the cells of the intestine, and can replicate there as well.

In such patients, the virus can be detected in stool long after the respiratory symptoms have been resolved. This suggests that the virus can also spread via so-called "fecal-oral transmission".

Compared with patients with only respiratory symptoms, those with digestive symptoms were more likely to test positive for COVID-19 in their stool and have a longer delay until viral clearance, according to a previous study.

In the new study using state-of-the-art cell culture models of the human intestine, the researchers have successfully propagated the virus in vitro, and monitored the response of the cells to the virus, providing a new cell culture model for the study of COVID-19. These findings could explain the observation that approximately one third of COVID-19 patients experience gastrointestinal symptoms such as diarrhea, and the fact that the virus often can be detected in stool samples. The results of this study were published in the scientific journal Science on May 1, 2020.

Though the respiratory and gastrointestinal organs may seem very different, there are some key similarities. A particularly interesting similarity is the presence of the ACE2 receptor, the receptor through which the COVID-19 causing SARS-CoV-2 virus can enter the cells. The inside of the intestine is loaded with ACE2 receptors. However, until now it was unknown whether intestinal cells could actually get infected and produce virus particles.

The researchers used human intestinal organoids: tiny versions of the human intestine that can be grown in the lab. When the team added the virus to the organoids, they were rapidly infected. The virus enters a subset of the cells in the intestinal organoids, and the number of cells that are infected increases over time. Using electron microscopy, an advanced way to visualize different components of the cell in great detail, the researchers found virus particles inside and outside the cells of the organoids.

The researchers investigated the response of the intestinal cells to the virus with RNA sequencing, a method to study which genes are active in the cells. This revealed that so-called interferon stimulated genes are activated. These genes are known to combat viral infection. Future work will focus on these genes more carefully, and on how they could be used to develop new treatments.

The researchers also cultured the organoids in different conditions that result in cells with higher and lower levels of the ACE2 receptor, through which SARS-CoV-2 can enter the cells. To their surprise, they found that the virus infected cells with both high and low levels of the ACE2 receptor. Ultimately, these studies may lead to new ways to block the entry of the virus into our cells.

The team has proved beyond doubt that SARS-CoV-2 can multiply in cells of the gastrointestinal tract. However, it is not known whether SARS-CoV-2, present in the intestines of COVID-19 patients, plays a significant role in transmission.

The study recommends that special attention may be needed for those patients with gastrointestinal symptoms. More extensive testing using not only nose and throat swabs, but also rectal swabs or stool samples may thus be needed.