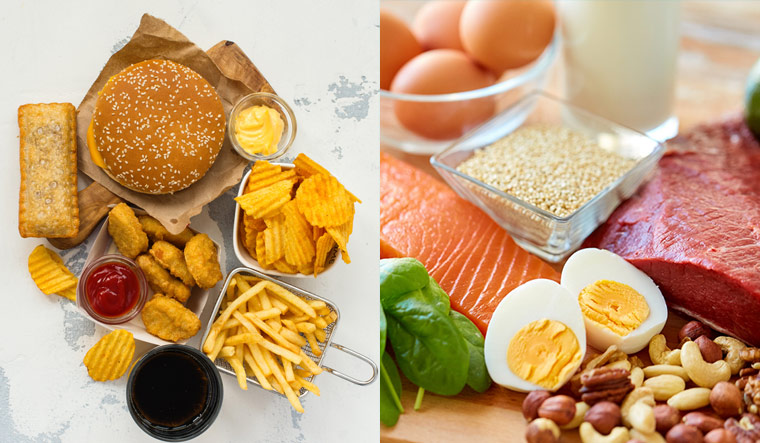 Sudden and radical changes to eating habits may have negative health effects that can decrease life expectancy, say a new study conducted in fruit flies.

In the study, published in the journal Science Advances, they fed fruit flies (Drosophilia melanogaster) a restricted diet and then returned them to a rich diet. The scientists found that these flies were more likely to die, and laid less eggs compared to flies that spent their whole life on a rich diet.

Switching to a rich diet after eating a restricted can have negative health effects, according to the study.

The researchers, including those from the University of Sheffield in the UK, provided new insight into why, as well as how, diets could benefit humans in terms of slowing ageing and the onset of age-related disease.

Until now, they said the existing theory was that dietary restriction—a reduction of particular, or total nutrient intake without causing malnutrition -- triggered a survival strategy in humans and animals. Adopting dietary restrictions suddenly may be harmful.The study authors believe that  could be making the flies ill-prepared for rich diets.

This theory, the scientists said, suggested that humans and animals invested in maintaining and repairing the body in times of low food availability, to await times when food availability increases again.

The findings of the current study, according to the researchers, implied that rather than waiting for food availability to increase in the future, the flies were waiting to die on a restricted diet.

Instead of dietary restriction increasing repair and maintenance mechanisms, it could actually be an escape from the damaging effects of a rich diet, they said.

The new interpretation, according to the scientists, can help us understand why and how diet can have such profound effects on health. Improving your eating habits requires a thoughtful approach

They said the findings also suggest that changing diet repeatedly or abruptly could be harmful to health in certain situations.

"Our results have now pointed us towards a more refined explanation of why it occurs, and have the potential to wholly shift the focus of future research," said study co-author Andrew McCracken from the University of Sheffiled.

"Our most surprising finding was that under certain circumstances, restricted diets can also be the origin of particular types of damage to the individual," he said.

According to the researchers, this understanding of the penalties and benefits of certain types of diets, may accelerate the quest to identify pharmaceutical interventions which mimic dietary restriction.