OPINION: How states must learn from each other in fighting malnutrition

India is home to half of world’s wasted children 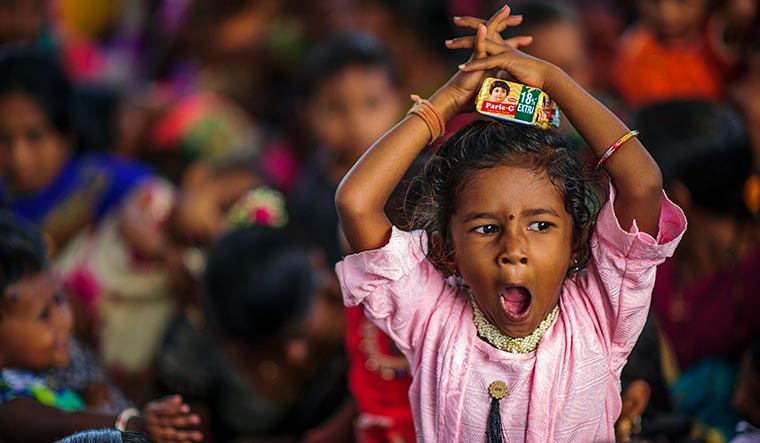 In an age of ‘digital revolution’ where technology and big data have evolved to receive real-time feedback on the most mundane aspects of life, it is surprising that we have not created a formal mechanism yet through which our states can learn from each other’s experiences and evidences on bigger developmental challenges, such as malnutrition.

India is home to half of world’s wasted children (children who are too thin for their height, indicating acute malnutrition), according to the WHO’s Global Nutrition Report 2018. Our own surveys like National Family Health Survey, estimate that 93.4 lakh children are suffering from Severe Acute Malnutrition (SAM). More worryingly, the weight of SAM burden has not shrunk one bit in the last decade. Public health scientists warn that children with SAM have a nine-time higher risk of dying than well-nourished children.

Global evidences suggest that we should not be tolerating such high level of SAM incidence, as 80-90 per cent of children with SAM, basically those who do not show other medical complications can be treated at home under what’s called the community-based management of acute malnutrition (CMAM). Under the CMAM approach, Anganwadi workers and other volunteers reach the children at the community level—at times going from door to door—to identify those among whom malnutrition often goes undetected until it is too late or those who cannot go to a hospital for treatment. This active case-finding approach is different from the traditional passive case finding approach under which children are usually detected and treated at facilities.

In 2018, the Government of India set up the POSHAN Abhiyaan (previously known as Nutrition Mission of India) with the vision to eradicate malnutrition by 2022, which is highly commendable and speaks of its intent. A total of 115 aspirational districts have already been targeted under the POSHAN Abhiyaan to scale-up nutrition-related activities, and with the current government in action, the government should be able to accelerate their efforts further in addressing malnutrition in India.

But first and foremost, we should take note of the evidence emerging from some of our states which have adopted community-based approaches to address SAM among children and create national guidelines for CMAM adoption. This would cut our SAM burden, make our children healthier and better our ranking on global indices measuring performances on critical indicators such as Global Nutrition Index.

In India, states like Maharashtra, Jharkhand, Rajasthan, and Gujarat which have successfully implemented CMAM are reducing SAM among children. Maharashtra’s model is celebrated as it was the first state to create a State Nutrition Mission (Rajmata Jijau Mother Child Health and Nutrition Mission-RJMCHN Mission) with a focus on the youngest, the underprivileged and the most vulnerable population. Before addressing SAM, Maharashtra had built a commendable track record in curbing stunting which it managed to reduce by 15 percentage points between 2006 to 2012.

In 2014, under the leadership of their Department of Women and Child Development, a comprehensive CMAM pilot programme was launched in Maharashtra. Under that programme, the Anganwadi workers were particularly instrumental in active case finding, or proactively screening children to detect SAM cases. They leveraged the existing village health and nutrition days to screen children, and additionally, every three months, house-to-house community drives were conducted to screen children for uncomplicated SAM.

The Anganwadi workers and ASHAs also provided counselling and support to caregivers and mothers in households and communities. On the other hand, the complicated cases were referred to the nearest health facilities. The active case finding method acted as a complementary method to the existing system of SAM screening done by the Auxiliary Nurse Midwives (ANMs) and Medical Officers of the National Health Mission at the health facilities, also known as passive case finding. Thus, the CMAM programme was able to help deliver services for SAM management among children at the ground level.

As part of Bal Sanjeevani, the mothers were also provided counselling, either at their house or in the communities, on what to feed their children. According to emerging evidence, about 66 per cent of the children with SAM who consumed therapeutic food (produced in India) under the Bal Sanjeevani showed a positive response to the treatment protocol.

The Maharashtra story is a landmark for India and it goes to show that the existing Government system can positively implement a countrywide community-based management model to address acute malnutrition and gaining good health outcomes. A lot can be learnt from Maharashtra, and replicated in other states to combat the increasing the burden of child malnutrition, especially SAM.

Other states like Gujarat, Rajasthan have also successfully adopted the CMAM approach and have addressed thousands of children who are suffering from SAM. These are children who without active community-level efforts go undetected and are usually missed by the health system. It’s time we formalise a system where evidence emerging from one state can feed and inform interventions in other states.