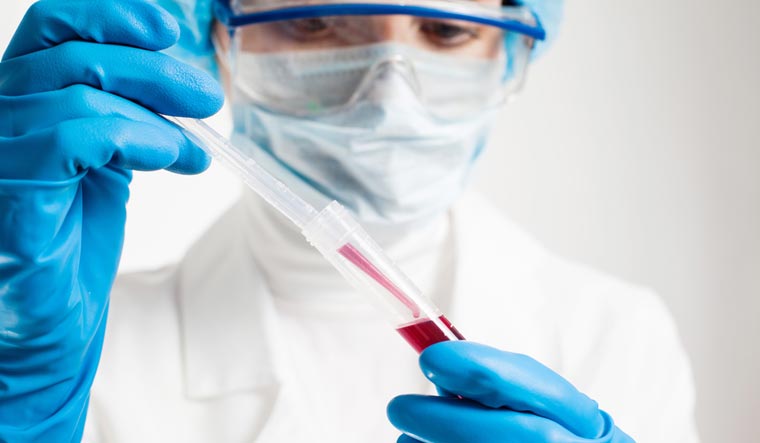 “Currently, the diagnostics available for these common disorders are expensive, require expertise and special equipment. This test is a simple one and results can be obtained in a few minutes,” Dr Shrimati Shetty, senior scientist, ICMR-NIIH told THE WEEK. The diagnosis can be done within 30 minutes of blood sample collection, and the bands are visually detected within 10 minutes of sample application. The kit is composed of special paper membranes which have different components attached on it for the detection of target molecules.

The test will cost around Rs 50, and is likely to be available at primary health centres in the country.

Among bleeding disorders, Haemophilia A and VWD are the commonest, Shetty said. As per the Western data, the incidence of Haemophilia A is 1 per 10,000 male births and that of VWD is around 1 per cent of the general population. In India, however, there is no epidemiological data, but if calculated as per the same incidence rate, we may have roughly 80,000-100,000 severe Haemophilia cases in our country. “The total number of patients registered with Haemophilia Federation India (HFI) is only around 19,000. This is because of a lack of awareness, diagnostic facilities and high costs of tests,” said Shetty, adding that these diseases were under-diagnosed in the country.

Patients suffering from severe Haemophilia A or VWD can have life threatening spontaneous or post-traumatic bleeding; they can suffer from brain haemorrhage and gastrointestinal bleeding, or superficial bleeding from the nose or gums. In an emergency situation, quick diagnosis is important for treatment with specific products like the blood components, or commercially available factor concentrates which are very expensive.

“Lack of diagnosis also results in patients receiving the wrong treatment. In Haemophilia A, for instance, the blood is only missing one factor [a clotting protein], and that is what needs to treated. But misdiagnosis means that they end up getting the blood transfusions, which are not required and have their own set of issues,” Shetty said.

This rapid test kit can be used for undiagnosed patients, menorrhagia cases, post-partum haemorrhage and gynaecological complications with bleeding history, among other specific blood disorder issues.

The ICMR-NIIH will now invite companies to collaborate to make the test available commercially.