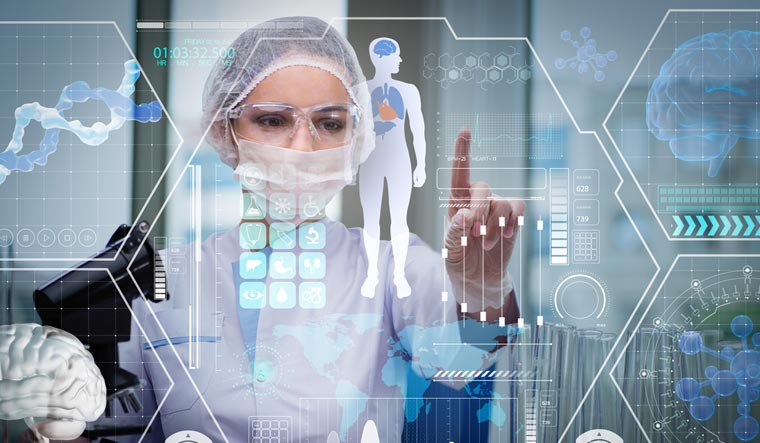 Artificial intelligence has constantly been evolving in the past decade and has become an increasingly popular topic of research in medicine. Recently, a study has shown that current AI models can detect depression in children by analysing speech. Now, from the research done by a team from MIT, AI has proven itself to be a valuable tool by predicting breast cancer in women.

Treating patients affected by cancer is a difficult process. So, doctors have always looked for methods of early detection to identify cancer patients.

A research team from MIT’s Computer Science and Artificial Intelligence Laboratory (CSAIL) and Massachusetts General Hospital (MGH) has created a new deep neural network that can predict breast cancer in patients five years in advance at most. This new MIT/MGH AI model does so by using the data from their most recent mammogram.

The researchers trained the AI model to review the data from mammograms and its known outcomes of over 6,000 patients in the MGH hospital. This included over 90,000 mammograms. From this data, the AI has learnt to narrow down patterns in the breast tissue that would be used to predict that the patient could develop cancer in future. This means that the AI was able to detect patterns that could not be identified manually or by the human eye.

The traditional method which is mammography is proven to have reduced breast cancer mortality but there are problems: one is how often to screen and the other is when to start screening. These screening strategies were mainly age-based than risk-based. Till now, the recommended age for beginning screening was at the age of 45.

Professor of radiology Constance Lehman from Harvard Medical School said in reference to this: “There’s previously been minimal support in the medical community for screening strategies that are risk-based rather than age-based.” He, also the the division chief of breast imaging at MGH, further explained that it was because “before we did not have accurate risk assessment tools that worked for individual women.”

Lehman who was one of the authors of the paper about the project said, “Our work is the first to show that it’s possible.”

Indeed, the team was able to create a model that could more effectively predict risk of breast cancer in patients. Overall, the research showed that the AI was accurately able to  predict 31 per cent of all patients in a high-risk category. This proved that the AI model was a significant improvement from traditional techniques considering that the latter method could only accurately predict about 18 per cent of the same.

Another limitation of the traditional models is that the techniques were based on white women populations. Consequently, as confirmed by many previous studies such as those published in the Journal of Women’s Health, it was more effective in predicting breast cancer for populations of White women than for Black or Hispanic women. However, as this AI model was trained on populations of both races, it is equally effective for breast cancer detection to both as well.

This AI model is constantly learning so its capability to predict such cancers will only be more effective in the coming years. This could be assured if this type of AI model was trained on patients of other races as well including those from India. The case for such cancer-predicting AI models to enter India is dire - especially considering that breast cancer accounts for 23 - 32 per cent of all female cancers in India. This is almost one-fourth to a one-third of the total figures.

MIT-CSAIL Professor Regina Barzilay—the senior author of the paper—said that there system could in the future enable doctors to use mammograms to see if their patients might be at risk of other health problems, like cardiovascular disease or other cancers. The research team wishes to apply the models to diseases with less effective risk models, like pancreatic cancer.

Adam Yala who is the lead author of the paper said, “Our goal is to make these advancements a part of the standard of care.” He also added, “By predicting who will develop cancer in the future, we can hopefully save lives and catch cancer before symptoms ever arise.”

Though the figure of 31 per cent may not be impressive for some, it is evidently more effective in predicting the risk of such cancers than traditional methods. It also certainly commendable that considering the future widespread application of AI-based cancer detection, patients no longer have to worry about late diagnoses and subsequent ineffective treatment.