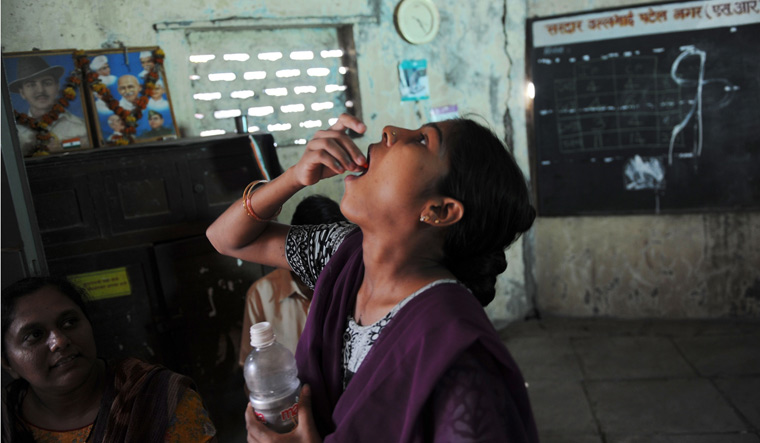 The recent announcement about the second round of donation of a life-saving tuberculosis drug by Johnson and Johnson has caused concern among a section of health activists and patient groups.

The drug, Bedaquiline, is the first to be approved for the treatment of tuberculosis in the last 40 years. It has been recommended as a core drug by the WHO in the treatment of multi-drug resistant tuberculosis. Its use is intended to replace and minimise the use of injectables, known to cause serious side-effects such as irreversible hearing loss. Currently, in India, bedaquiline is being provided to DR-TB patients through the government's “conditional access programme”. Under this programme, the government has received 10,000 courses of the drug (one course equals six months per patient) from J&J (through a donation from the USAID).

However, the timing of the second round of donation of the drug from Johnson and Johnson has caused concern among health activists. In a letter to Union health minister J.P. Nadda, health groups such as All India Drug Action Network and Hip Implant Patients Support Group say their concerns stem from the fact that there have been a “string of regulatory actions and investigations into Johnson and Johnson's products recently”, especially the case relating to compensation over the faulty hip implants and reports of the presence of harmful chemicals in its baby shampoo. “...the donations are an attempt to whitewash its [company's] image and induce leniency by the government for the company’s transgressions, particularly in relation to its refusal to compensate Indian patients of ASR hip implants, which the government is pursuing actively both in and outside the courts,” the letter says.

In 2016, Johnson and Johnson had donated 10,000 courses of the drug to India’s TB programme. This was done as part of a global donation programme operated in partnership with the U.S. Agency for International Development (USAID). The announcement of the new donation comes a full three years later, “in the backdrop of multiple regulatory actions and investigations by the MOHFW into harmful medical devices and cosmetic products marketed by J&J in India,” the letter says.

Besides the issue of conflict of interest, drug donations “create dependence” from a single supplier, and stifle the government’s willingness to promote local production of the drug by generic manufacturers to “ensure affordable, sustainable and predictable supply to the government programme”, the letter states. “Donations are known to delay the entry of generic producers in the market which would increase affordability through competition.”

For the 1.5 lakh patients of drug-resistant tuberculosis, access to the drug is a matter of life and death, says Mumbai-based Ganesh Acharya, TB survivor and TB/HIV activist, also a signatory in the letter. “The ground reality is that it takes a patient several months to get access to the drug. For one patient whose case we have been following closely, it took about six months to get the drug, after approval from a government-appointed committee. The committee itself meets infrequently, and that adds to the delay in procuring the medicine,” says Acharya. Besides, the drug can only be procured from government hospitals.

According to Acharya, the need for bedaquiline is higher than what can be ascertained from the official figure of 1.5 lakh drug-resistant TB patients. “There are so many Tb patients that fall off the treatment regimen mid-way. Studies have shown that 40-50 per cent of them will suffer from drug-resistance. So definitely, there are many more than what our estimates show,” he says.

Though the government is targetting a TB-free status by 2025, patients of drug-resistant TB aren’t even able to access a core drug, he adds. “Till now, the government has not bought a single pill of bedaquiline. The ones that come through donation are also not accessible to the patients. Out of the 10,000 doses, only 3,000 could be used for patients, and the rest of the doses expired. Patients are dying because they can't manage to get the medicine.”

Those such as Acharya feel that the Union health ministry should step in and discontinue and phase out the drug donations offered by Johnson and Johnson and establish a proper forecast mechanism to determine the number of patients who would require bedaquiline-based regimes. The ministry should make arrangements to procure the drug independently through a “procurement mechanism based on tendering supported by its own domestic budget or by The Global Fund to Fight AIDS, Tuberculosis and Malaria (GFATM)”. Patent barriers on the drug should be overcome by appropriate legal measures, and generic production of bedaquiline must be encouraged. “We did this during the HIV/AIDS drug crisis in India where production of generic medicines helped patients, we can do it this time, too,” says Acharya.

In response to the drug donation issue, a spokesperson from Johnson and Johnson told THE WEEK that as part of the bedaquiline donation programme, the company did not solicit direct requests from governments. The Indian government independently approached USAID, which administered the donation programme, to request an additional 10,000 courses of bedaquiline, bringing the total requested and agreed to 20,000 [doses], the spokesperson said.

"Earlier this year, Johnson & Johnson increased the number of courses of bedaquiline available through the donation programme—ultimately committing to donate up to 105,000 courses of treatment, free of charge, to eligible countries. This helps countries, including India, prepare for the transition to a sustainable access model for bedaquiline, which is one of the last lines of defense against drug-resistant tuberculosis," the spokesperson said in a statement.