Are you stressed during exams? Giving up junk food might help 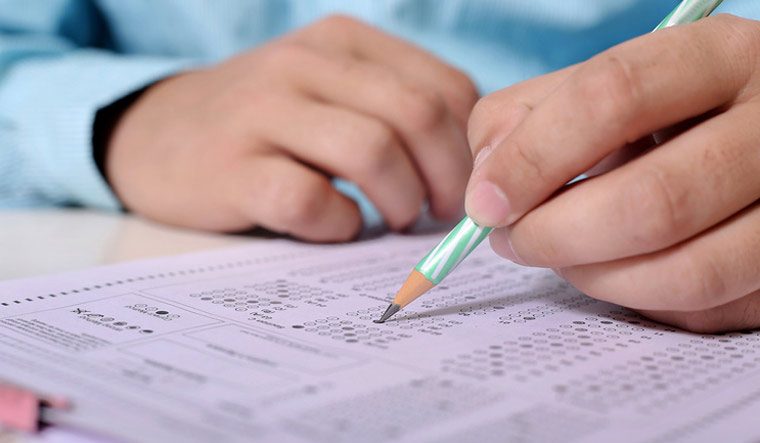 Eating a poor quality diet, including less fruits and vegetables and more fast food, is associated with increased stress during university examinations, according to a study unveiled Tuesday.

"Stress has long been implicated in poor diet. People tend to report overeating and comfort eating foods high in fat, sugar, and calories in times of stress," said Nathalie Michels from Ghent University in Belgium.

"Our findings looking at the eating habits of students during exam periods confirm this stress-induced dietary deterioration hypothesis," said Michels, who led the study being presented at the annual European Congress on Obesity (ECO) in Glasgow, UK.

"Our findings suggest that students have difficulties eating healthily and find themselves adopting bad eating habits, which over a few weeks can considerably affect your overall health and be difficult to change," she said in a statement.

The results are based on an anonymous online survey of 232 students (aged 19-22 years) recruited from several universities in Belgium.

Before and after the month-long examination period in January 2017, respondents were asked to disclose their perceived stress and complete questionnaires that assessed changes to their dietary patterns and various psychosocial factors.

The researchers investigated the relationship between exam stress and change in dietary quality, and whether these associations were modified by psychosocial factors such as eating behaviour, food choice motive, taste preference, impulsivity, coping strategies, sedentary behaviour, and social support.

During the month-long exam period, participants found it harder to stick to a healthy diet, and only a quarter fulfilled the World Health Organization (WHO) recommended 400 grammes of fruit and vegetables a day.

The findings suggest that emotional eaters (who eat in response to negative emotions), external eaters (who eat in response to the sight or smell of food), sweet/fat lovers, people who are highly motivated by health, sensitive to reward and punishment, highly sedentary, and with higher stress levels are at greatest risk of making unhealthy food choices during this stressful time.