Autoimmune disorders on the rise among young women

It occurs when immune system attacks the body's own organs, tissues, and cells 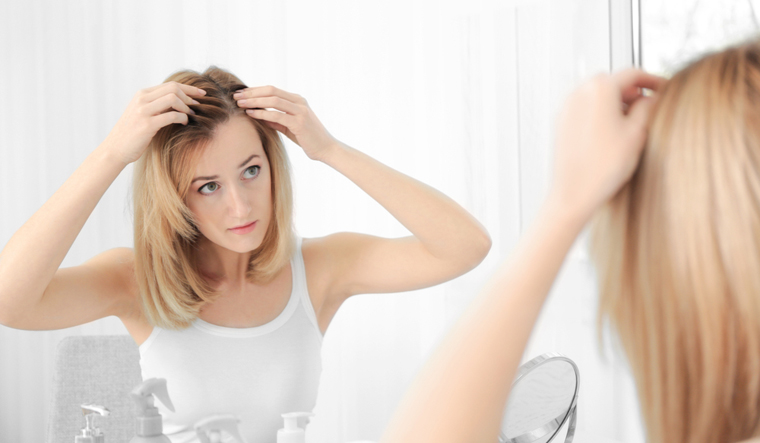 With a growing number of women of reproductive age being diagnosed with autoimmune diseases such as lupus and APS, experts believe the disorder is adversely affecting fertility in such females and in some cases may even lead to miscarriage, foetal death and premature birth.

According to doctors, there is a rise in the cases of autoimmune diseases among women, including those of reproductive age.

Earlier there were very few female cases of autoimmune diseases in the OPDs. However, due to improvement in tests, 75 per cent of such cases are now diagnosed among females, they said.

Dr Uma Kumar, head of Rheumatology department at All India Institute of Medical Sciences (AIIMS), Delhi outlined a case study of a 27-year-old woman patient who had to undergo two abortions within a period of one and half years.

Unaware of the exact reason behind the failure in delivery, the woman visited several gynecologists within a short span of time to figure out what was wrong.

Understanding her complications and cases of spontaneous abortions, a doctor at a private hospital in the national capital referred the woman to Rheumatology department of AIIMS Delhi.

The department advised the woman to undergo a few tests during which she was found positive for Antiphospholipid syndrome, also known as antiphospholipid antibody syndrome (APS or APLS), which is a severe form of auto-immune diseases.

Autoimmune diseases occur as a result of the immune system attacking the body's own organs, tissues, and cells.

Some of the more common autoimmune diseases include type 1 diabetes, rheumatoid arthritis, lupus, inflammatory bowel disease and some organ specific ones such as Multiple sclerosis and Myasthenia gravis.

According to doctors, although the cause of many autoimmune diseases remains unknown, a person's genes in combination with infections and other environmental exposures are likely to play a significant role in disease development.

Treatments are available for many autoimmune diseases, but cures have yet to be discovered.

A global estimate shows that nearly 700 million people suffer from some kind of an autoimmune disease, in stages ranging from mild and moderate to severe.

Like other cases of autoimmune diseases, the woman who underwent the treatment at AIIMS also suffered from a slew of problems such as severe pain and blackish discoloration (gangrene) of a toe along with breathlessness because of clot in arteries.

Having received proper treatment for the condition, the woman was able to deliver a baby in 2013.

"Auto-immune disorders are very common among women of reproductive age. APS can present with a variety symptoms resulting from thrombosis in the blood vessels like arteries, veins and capillaries as well as obstetrical complications," Kumar said.

Kumar said that women with APS can have obstetric complications that include unexplained recurrent early miscarriage, foetal death premature birth or foetal growth retardation and pre-eclampsia.

She said the diagnosis of APS is based on clinical features and positive auto-antibodies like anti-cardiolipin antibodies, anti-beta2-glycoprotein 1 antibodies and lupus anticoagulant.

"One per cent of normal population can have APLA positivity, and only two per cent of those having positive APLA develop the disease," Kumar said.

Dr Alok Kalyani, Rheumatologist at Max Super specialty at Delhi's Shalimar Bagh said that the problems of auto-immune diseases is late diagnoses because there is absolute lack of awareness among citizens about it, especially women.

However, Dr Neeraj Jain, a Rheumatologist at Delhi's Sir Ganga Ram Hospital, said that more cases of auto-immune diseases are being diagnosed in the country and elsewhere these days due to better facilities for

"Things are improving for the patients of auto-immune diseases in today's era. Unlike before there are better facilities and there is a proper diagnosis for it. If the patients with the disorder, especially women, take medicines properly they lead a better life even they do not get rid of it completely," Jain said.