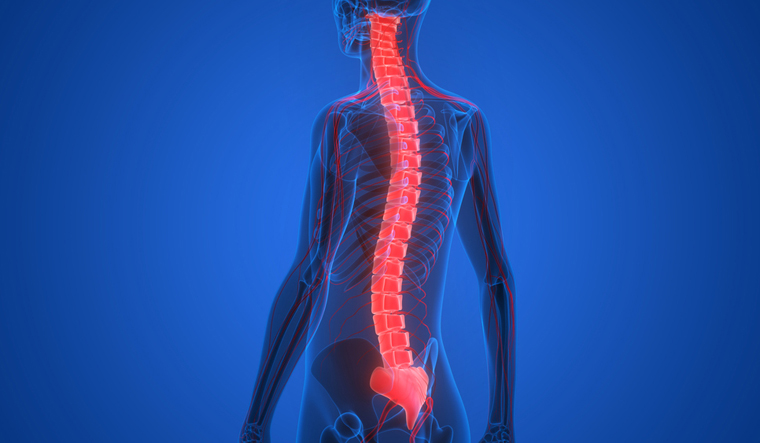 Scientists have identified gene "partners" in salamander that, when activated, promote the regeneration of spinal cord even after severe damage.

The advance takes researchers a step closer to solving the mystery of why some vertebrates can regenerate their spinal cords while others, including humans, create scar tissue after injury, leading to lifelong damage.

Researchers at the Marine Biological Laboratory (MBL) in the US identified gene "partners" in the axolotl salamander that allow the neural tube and associated nerve fibres to functionally regenerate after severe spinal cord damage.

These genes are also present in humans, though they are activated in a different manner, according to the study published in the journal Nature Communications Biology.

"(Axolotls are) the champions of regeneration in that they can regenerate multiple body parts," said Karen Echeverri, associate scientist at MBL.

"For example, if you make a lesion in the spinal cord, they can fully regenerate it and gain back both motor and sensory control," Echeverri said in a statement.

The researchers wanted to understand what is different at a molecular level that drives them towards this pro-regenerative response instead of forming scar tissue.

Previous research had shown that, in both axolotls and humans, the c-Fos gene is up-regulated in the glial cells of the nervous system after spinal cord injury.

"It's what we call an obligate heterodimer, so it has to have a partner in lifei. C-Fos has a different partner in axolotl than it has in humans and this seems to drive a completely different response to injury," said Echeverr.

This difference in gene activation was traced to the actions of microRNAs, which regulate gene expression.

By modifying gene expression by the axolotls' microRNA, they were able to force the human pairing of c-Fos with c-Jun.

The salamanders with the human pairings were unable to regain a functioning spinal cord after injury, instead forming the scar tissue that occurs in human injury repair.

Follow-up studies will investigate if the reverse is true in human cells, researchers said.

"The genes involved in regeneration in axolotl are highly conserved between humans and axolotls, and it doesn't appear so far that axolotls have regeneration-specific genes," said Echeverri.