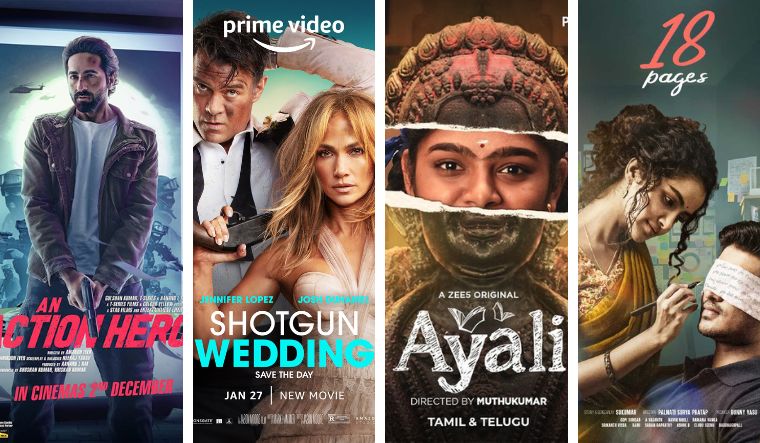 We are back with your weekly binge-watch list. Along with new movies and shows, films like Ayushman Khurrana-starrer An Action Hero start streaming after theatrical release. Here is a quick look at what's arriving on Netflix, Amazon Prime Video, Disney plus Hotstar and other platforms this week.

The film featuring Ayushmann Khurrana and Jaideep Ahlawat revolves around the life of an actor—behind the camera and beyond. The film was released in theatres in December, and received a lukewarm response.

The Tamil series, touted as a social drama, revolves around a young girl, Tamil Selvi who dreams of becoming a doctor. However, she is bound by village customs and superstitions. The eight-episode series is directed by Muthukumar.

The Telugu romantic drama starring Nikhil Siddhartha and Anupama Parameswaran revolves around two characters who fall in love without meeting in person. The film is written by Pushpa director Sukumar and helmed by Palnati Surya Pratap.

The much—awaited romantic action comedy stars Jennifer Lopez and Josh Duhamel in the lead. The film helmed by Jason Moore revolves around a couple—Darcy and Tom—whose destination wedding turns into a disaster when gunmen take everyone hostage.